We recently caught up with the Harlem native at Rolling Loud. 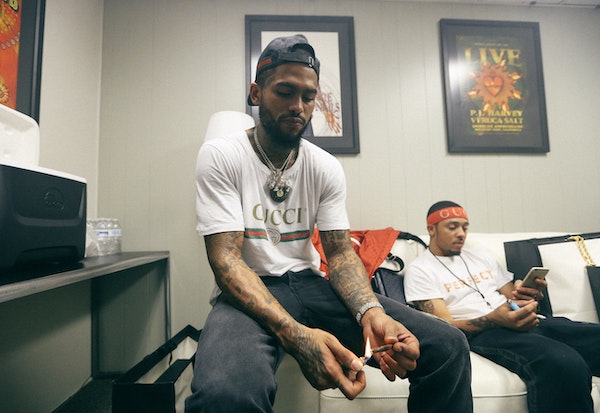 Dave East is a born leader; which is probably for the best considering his place at the forefront of hip-hop.

After signing with Nas‘s label Mass Appeal in 2014, East has continued to evolve with each project. Last year East was named a XXL Freshman, and shortly after announced a deal with Def Jam Recordings. His most recent project ‘Paranoia’ has seen incredible success with critics and fans alike, as it peaked at #9 on the Billboard 200.

Dave’s sound has grown in spectacular fashion, in part due to his incredible personal growth. Now a father and devout Muslim, I recently had the opportunity to chop it up with Dave about his faith, relationship with Nas, and what he thinks we should leave in 2017.

Have you always been a spiritual person?

I always believed in a higher power, yeah. I was born Catholic actually. I went through the whole process of communion, confirmation, all of that. Then in jail, Islam gave me a discipline that I was lacking in my life. Being around older guys that were rooted in it helped give me a different approach to things. I converted when I was around 22 or 23, it helped me balance all of my responsibilities. From then on there was always that voice in my ear telling me if I’m doing wrong or missing prayer, keeping. me in check on everything. I needed that discipline at the time. I never enjoyed church growing up though. I just never liked how things were set up. My mom was Baptist and when we would go with her to church and it was an all-day thing, go there, eat, leave, come back, but people were having more fun. Then at Catholic church, it’s dead silent the whole time, nobody is having fun. So while neither of my parents was super religious when I was young, they both always made sure I knew about God. Over time my views on everything have just evolved. 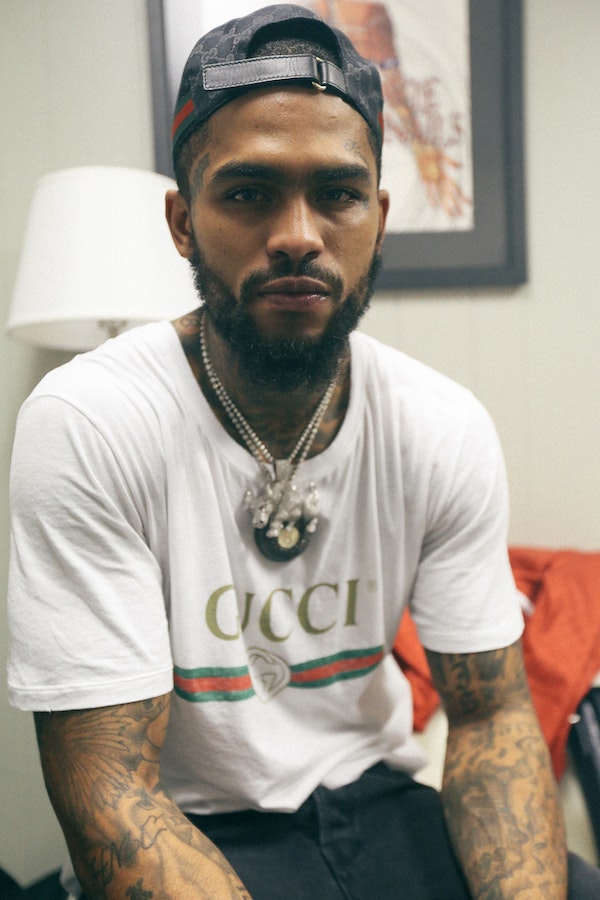 Have the travels you’ve taken affected your outlook at all?

It just makes you appreciate everything more. I’ve seen some stuff being from New York, but just seeing people struggling all over the world is crazy. It just makes me appreciate every little thing I have and if I have any extra I pay it forward and give to something productive for people.

You’ve been around to see a different era of hip-hop, do you think that classic style is fading or is it still the backbone for the genre?

I wouldn’t say that it’s fading, but the people that created it are getting older. Some have even passed. In that sense, I think some of the younger cats coming up today don’t cherish that older style as much. I do, but not every artist is going to give you that storytelling. You can hear it in my music, but I feel like to a lot of people coming out today they think of storytelling as played out almost. Like how Lonzo Ball said that Future is hotter than Nas? Man, that was the craziest shit I’ve ever heard in my damn life at first. Then I thought, it’s just based on the era he’s in. He didn’t see Nas like I might’ve seen Nas. So if you’re waking up today then Future is definitely hotter in the streets, but if you’ve been around to see artists like Nas do it for decades then you already know how ridiculous that shit was. 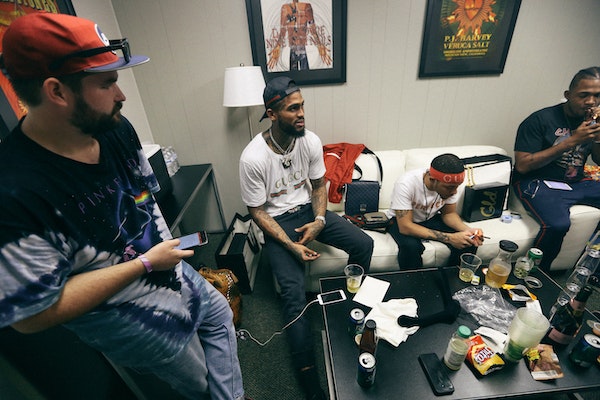 What’s the best life advice Nas has ever given you?

Just to remember what I’m doing all this for. That’s the main thing because now there are all these distractions. When you coming from nothing you go so hard to get to a certain way of life, then once you’ve accumulated everything that you want it’s like, Alright, now what? So at this point in my life, yeah, I could definitely go out and get a newer car or go get a bigger crib, but then that becomes the only thing you’re chasing. So I’m more focused on helping put others around me on so they can get to where I’m at.  The material stuff is all fun, so it’s cool to be able to go shop all day because that’s something that I could have never dreamed of doing before, but once you can do that on a regular basis you just start to get numb to it like anything else.

So what are you chasing now?

Peace. A week with no drama, a week of just money and happiness. I’m just chasing my own inner peace for myself, for my team for the people around me. And of course, that real other world paper. That kind of bread where I don’t have to see people if I don’t want to. Real talk, I’d love to be able to vanish off the face of this muthafucka.

What’s something you’d like to see people leave in 2017?

Sneak Dissin’. That shit is so corny to me. If you’re going to send shots at somebody in your songs there’s no need to get cute, put a name on it. I’ve never understood it, but everyone does it now. Starting January 1st if you gotta problem with somebody say it and quit trying to be clever.

East’s prodigious work ethic has lead to an already impressive catalog of hits. His distinctive delivery and impressive storytelling abilities have peaked the interest of fans of all ages.

While his time in the spotlight may be a reluctant one, he’s doing it all as part of a greater plan. During our interview, Dave repeatedly referred to Paranoia as the appetizer to his forthcoming debut album, which if true can only mean more bad news for the competition.

With rumors of album collaborations from No I.D. and the 6God himself, Dave East has uniquely positioned himself amongst hip-hop royalty with unparalleled ease. The Harlem emcee merges mainstream and underground rhyme schemes while battling the perils of newfound fame. While he’d prefer to have ‘Disappear Money,’ we’re damn sure going to enjoy him and his music while he’s still around.