Dave East and Styles P Drop Off “We Got Everything” Visual

The Beloved Brothers are back with an anthemic new visual. 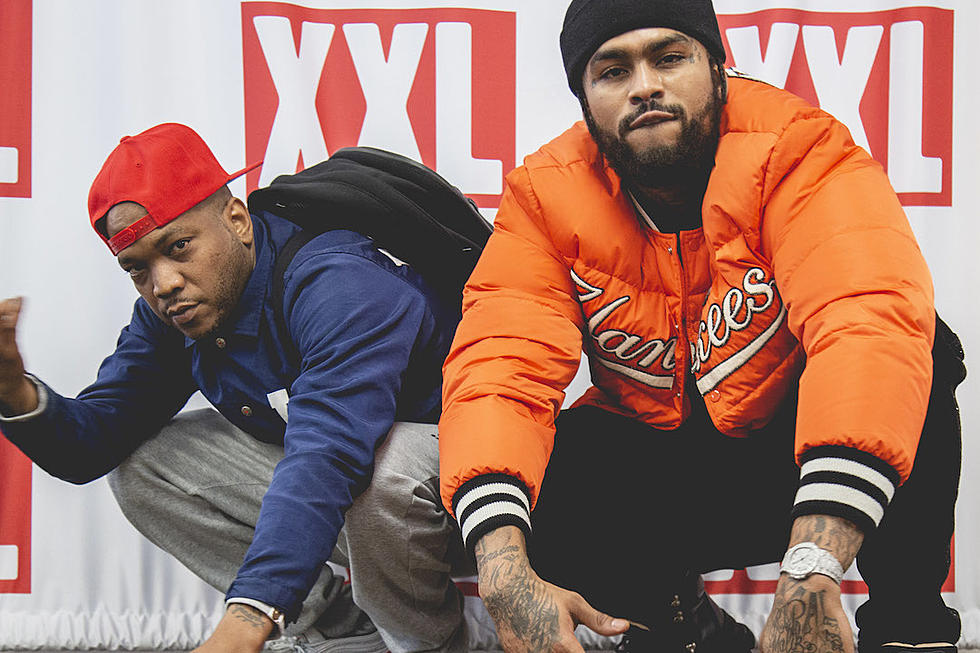 No one can say New York rap is dead or dying when we’re getting songs like this from Dave East and Styles P. After the release of collaborative album Beloved on October 5th, the two MCs paid homage to the hustle of New Yorkers with the “We Got Everything” visual. Naming themselves the Beloved Brothers, they posted up outside a van on Myrtle St. and Nepperhan Avenue where jewelry, clothing, televisions, VCRs, DVDs, power tools, produce and various other items were being sold. Clips of P getting a haircut, East smoking next to beautiful women, fasts cars, and a crowd of people gathered behind the duo bring alive the many elements that characterize one’s daily experience on an NYC block.

There’s an anthemic feel to the song, with the hook simply repeating “My block, we got everything, shit remind you of Walmart […] Tell my secrets to my dog, I never heard a dog talk” but the meaning comes off two-fold. It’s not just about the block being home to the hustle, but the individuals themselves. The block isn’t made by the products sold, but those who are the movers and shakers with the product. With hustling, comes selfish intention and some people resort to underhanded tactics to ensure their own success. East knows who is loyal to him, conveying the message with the metaphor about dogs and how they don’t tell secrets.

Though the chorus has the repetitive elements of many choruses today, this isn’t a catchy song meant for the Billboards by any means. The Beloved Bros. narrate their lives with seamless chemistry and a real personal feeling comes through what they are saying.  Cops planting drugs, the need for a weapon on their person at all times, people selling anything to get their hands on smoke, and the way folks act tough on Instagram but switch up in person.

It’s great to see generations come together with 43-year-old Styles P linking up with 30-year-old Dave East for a full project. Though East is in his early 30’s, he is very much so considered among the newer generation of artists despite prioritizing the lyricism and storytelling art form over turning up. Styles may be in his 40’s, but he can still spit and bring that edge that popularized him alongside The Lox several years ago. Check out the video for “We Got Everything” below.

Tags: Beloved, Dave East, NYC, Styles P, We Got Everything