Paying homage to his mentor and also one of Seattle’s hip-hop luminaries, Jonathan “J” Moore, Dave B. pours more of the private compartments of his heart into brand new album, “Bleu”. 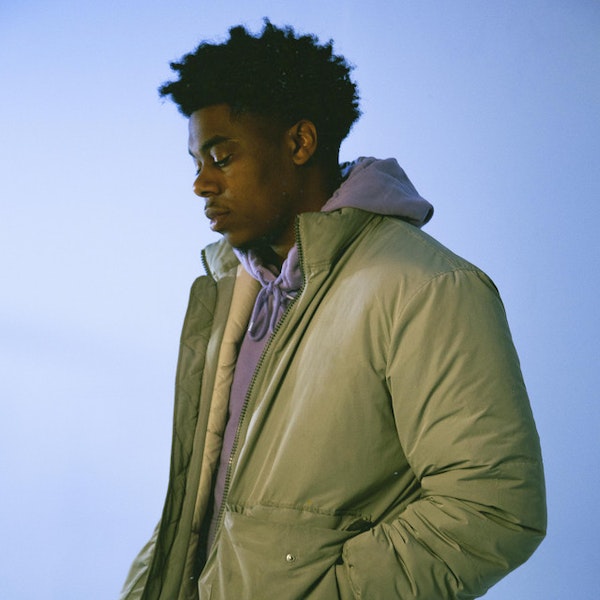 The past couple of months have been kinda rough in regards to growth, and I’m sure most of us can agree. From abandoning old habits, cutting out toxic energy, and just overall moving in a state of elevated awareness–time reveals to us again that it’s always to be trusted in its divine nature. One of Seattle’s greatest MCs to date, Dave B., released a brand new album titled Bleu in commemoration to this theme, along with a tribute to his late musical mentor as well as one of Seattle’s hip-hop geniuses, Jonathan “J” Moore.

The 10-track project is adorned by collaborative energy– with guest appearances from another one of Seattle’s greats, DJ and record producer, Sango, and other fellow musicians such as Romaro Franceswa & Shelby Poole. The album is filled with sentimental moments such as songs like “Window”, “Grownish” and “Pray” just to name a few, Dave then also speaking deeper into his truths. This time in more of a vulnerable light than we’ve seen from him in the past, everyone knows that this fact alone serves as a sign of an embarking on a new chapter in one’s life. The manner in which Dave expresses his feelings by painting vivid stories via clever, clear cut lyrics has always received far and wide praise. However, something about this album feels different, almost like we’re watching a metamorphosis period take place. Each song as the album progresses showcases a substantial amount of expansion.

Dave B. gave a short excerpt on the album himself via Hypebeast, “This project is really personal to me, I feel like there’s a lot of themes in there that just scream what I always wanted to say…I’ve never worked on a project for this long so we went thru a lot of changes and that really f*cked with me at a certain point, but I knew I wanted to stick to the script like J [Jonathan Moore] would’ve so it made it a lot easier.” While I’m sure he has done his share of mourning over the current events taking place in his life, what better way than to conquer the feelings associated with loss by using the music as a vessel? Dave, we’ve got nothing but mad love to show.

An album release party hosted by Dave B. himself will be taking place in Seattle at The Showbox on June 22 wherein he will then progress onto a North American tour thereafter in lieu of promoting the album Bleu. Ticketing information along with tour details can be found here.