What better way to wrap up your year than dropping an EP on your birthday? 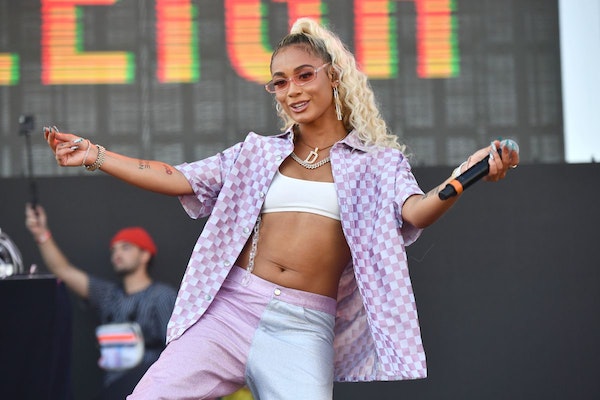 Everyone knows that Def Jam Records signee, DaniLeigh, has been on fire this year. It seems like just yesterday her and I did a quick Q&A for our exclusive Don’t Play Yourself series just ahead of her debut album, The Plan, which took place last year. Since that time, the opportunities that have come her way have been endless. Her debut album hosted some heavy features from artists like YG, Lil Yachty, Lil Baby, & YBH Nahmir. Her energy & creative ability paired with such key appearances would set her up for further success later down the road, since releasing singles alongside with G-Eazy & Chris Brown. To top off her year in her own way, Dani released a 4-track EP titled My Present on her 25th birthday, which she notes as a prelude for her music to come this 2020.

According to Complex, Dani stated the following regarding the EP via her Instagram alongside a photo of her as a child next to the Christmas tree:”The project is called ‘My Present’ because I’m dropping it on my birthday as a present to myself. The EP represents how I feel in the present time – all the records are fun and just the way I want to express myself especially before the New Year ahead.” To double down on her latest EP, Dani also released the official music video for the first track on her latest EP titled “Usually”. Watch as Dani makes Christmas look extra good below.