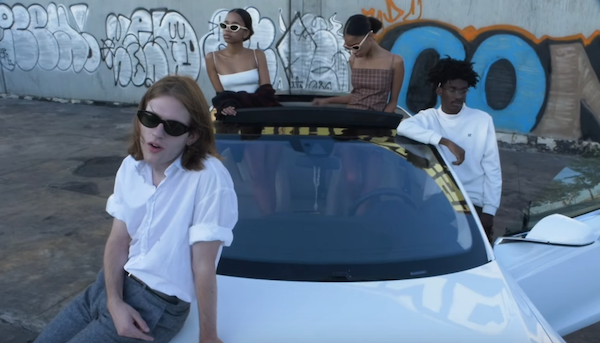 Gearing up for the 10/20 release of their debut album ‘Birds Fly By Night,’ Atlanta duo Danger Incorporated returns to our pages with a new music video for their previously released single ‘Ashley Olsen.’ The infectious track made an appearance in our Best Songs of the Week roundup for right reason, as Louie Duffelbags and Boothlord put forth a synth-filled banger that’ll have you hitting replay on instinct.

In the new visuals directed by A Stranger, the Awful Records signees perform their undeniable hit while joined by two attractive female counterparts & VHS-esque effects that fit the vibe perfectly. Watch the official music video for ‘Ashley Olsen’ below and check back on Friday for Danger Incorporated‘s anticipated full-length.