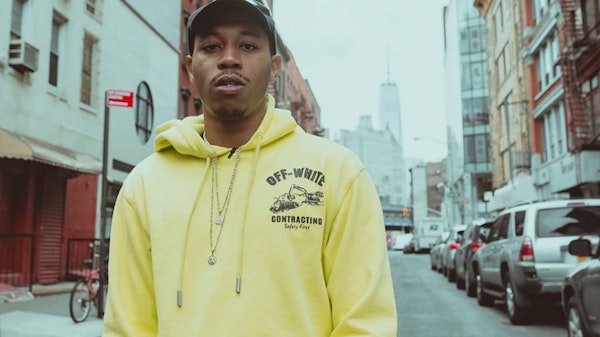 Cousin Stizz has quickly made a name for himself with his laid-back delivery and witty wordplay. Originally from Boston, Massachusetts, Stizz has become a nation-wide star in recent months as he has continued to apply the pressure with consistent releases.

The “Headlock” emcee treated fans this Friday to a new trilogy of tracks entitled Cold Times. While the reference may be to the changing seasons and winter’s eventual return, we’re sure that the bars contained within not lacking any heat.

The first track on the tape, “Made” , may be the project’s strongest offering. Stizz is at his most comfortable, flowing effortlessly over a hard-hitting but melodic instrumental. The track is followed by “Butterfly” a high octane track that finds Stizz reflecting on his life.

Lastly, there’s “Brain Freeze” which may quickly become a fan-favorite with its surplus of quotable punchlines. While the chorus is a bit repetative, Stizz keeps things just interesting enough for the track to work.

In total, the project clocks in at just under ten minutes. A quick listen that may not be the most substantive release we’ve seen from Stizz, but like the title suggest. Colder times are right around the corner. Don’t be surprised to see Stizz pop up with more music soon.