The Florida producer breaks down major records from over the past few years. 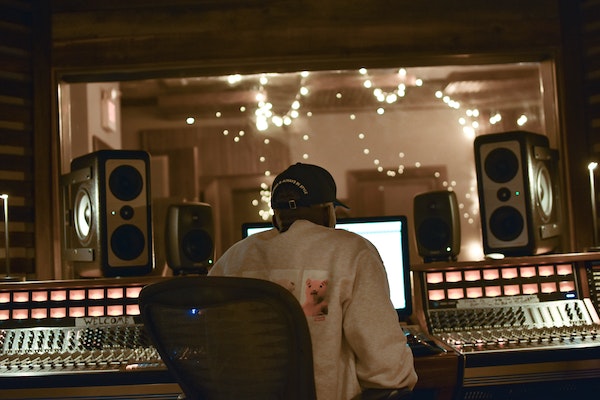 From creating YouTube type-beats to landing placements with platinum recording artists, that’s practically the story of emerging Florida producer CorMill. He’s the mastermind behind hits for YNW Melly, Lil Skies, Money Man, and plenty more artist popping off in the music industry. As a child, the beat maker would play instruments until being introduced to software like FL Studios during high school. From there, one of CorMill’s very first notable records was with Key Glock during the early stages of his career. The two collaborated on 2014’s “Can’t Lie,” which amassed a quarter-million views since its release.

Since propelling to the top, CorMill currently has over 200K subscribers on YouTube, ranking him amongst one of the most subscribed producers on the net. Having such a global reach, CorMill breaks down the story behind some of his greatest efforts with Joyner Lucas, Killumantii, and J. Green to name a few.

I made this beat a long time ago, it was in 2016 during the wintertime. I still remember being up at four in the morning trying to make a dark vibe type beat with some bounce to it. At the time I was known for making very melodic-mellow beats. But felt like I had to switch it up and make a beat with some punch to it. Whenever I finished the beat I knew it had potential, I ended up sending it to Killumanti and she killed the beat the same day. The song did good in 2017 and had a couple million views. In 2019, it really blew up on TikTok and we racked up over 30 million streams alone.

To be honest I literally made this beat in less than 30 min. I remember having a beat block, usually when this happens I just start playing my piano and just try to catch a vibe. I accidentally played a chord that sounded good and I knew I had a banger coming. I ended up posting the beat on YouTube and a couple months later J. Green hit me up on Instagram and sent me the song. I knew that the song was a banger and was going to create some buzz especially in Florida since we are both from there.

When people hear this beat they know it’s a CorMill beat. I like to make beats that brings the pain and emotion out of the artist and the listener. It’s easy for me to do that because I’ve been through the struggle. J.I & I have multiple songs together, but this one is definitely our best song together.

A friend of mine who is also a producer that goes by the name Next Lane collaborated on this beat. He sent me the sample you hear in the song. When he sent me this I instantly thought to myself: “Man, Jay Z already used this sample and made a legendary song to it, so there is no way that I am about to use this sample.” It took me about three to four months to actually use the sample and give it a try after Next Lane kept telling me that I would make a banger out of the sample. I finished the beat and honestly thought it was mediocre. I sent the beat to Next Lane and he instantly told me it was a banger. We ended up dropping the beat on YouTube and a couple weeks later Joyner Lucas was in my DM’s telling me he made a banger to it. He wasn’t lying!

This was another beat I made in no time. I remember playing some soulful chords and used an ambient pad to create a spacey vibe. I added some 808’s, kicks, snares and hi-hats and the beat was finished. This beat was super simple, but most of the time the simple beats are the ones artists end up liking. I sent out the beat to multiple artists but nobody was feeling it. I ended up just uploading it on YouTube and a couple months later YNW Melly sent me a DM on Instagram and told me he killed my beat. He ended up putting it on his album We All Shine.