Cookin Soul’s latest track is sure to set the vibe for any mood or setting. 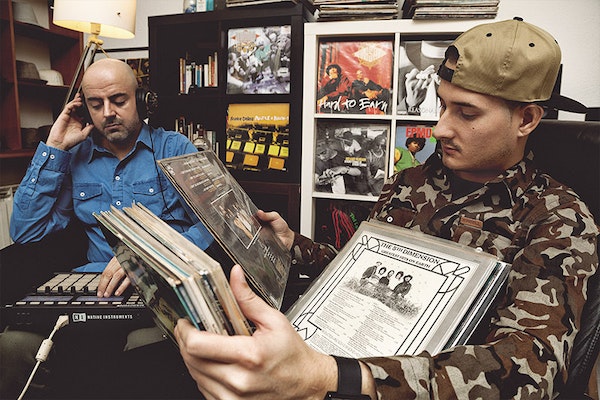 There’s not one person that I know who can’t appreciate the sounds of a good jazzy yet old school hip-hop beat. With this style of beat making being the cemented & deep rooted sound for Spanish producer & DJ duo, Cookin Soul, their music has traveled far and wide through their heavy presence during the mixtape revolution that really took its shape from 2003 to the present. With credits on Blanco & Nipsey Hussle‘s album Raw which released back in 2012, to the NY State of Mind remixes which featured 50 Cent, Nas, & Jay-Z, to the DOOM XMAS album with MF DOOM that just released a couple weeks ago, their influence has known absolutely zero bounds – working with an unsurpassable amount of American artists, musicians & producers.

Their beats are like soft raindrops hitting your windowpane on a late night, smooth & subtle yet making their presence known. The fact that two modern hip-hop producers from Valencia, Spain created a tribute mixtape for the late Michael Jackson back in 2009 states enough in regard to how heavy their expertise has progressed throughout time, while also still maintaining their mysteriousness. This time around, the notable duo has recruited a newly found beat maker from Germany by the name of FloFilz, for their newest offering “Raw Quartet”. Doused with dominant, classic hip-hop components that are reminiscent of the Slum Village days and rapper Curren$y‘s transformative Jet Life era, the downtempo nature of the track is sure to land this one on the next Majestic Casual or ChilledCow playlist.