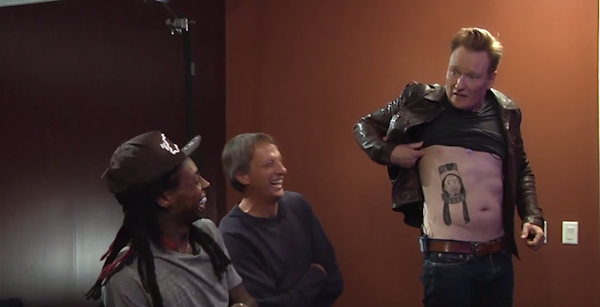 With Tony Hawk’s Pro Skater 5 coming out (looks like trash if we’re being honest), Tony Hawk stopped by Conan’s show to play it with him. He also brought Lil Wayne, who has apparently progressed enough in skating to be included in the game. The two amateurs, CoCo and Weezy, squared off in a battle royale to see who was the better virtual skater, with the loser having to get the victor’s face inked on their body. Hilarity ensued. Peep the video below, and cop the game 9/29 if it looks like your cup of tea.