Coming up out of the 414 w/ the Marshall Twins 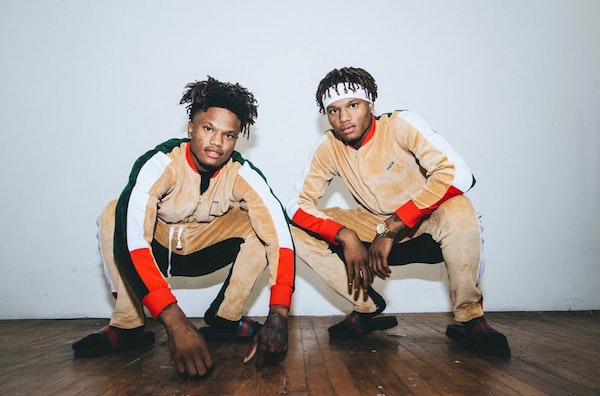 The Marshall Twins, or MT for short, have been lighting up Milwaukee and proving that something creative and massively popular can blossom out of its most crime-ridden neighborhood.

The former basketball players have been ballin’ for a minute now, with hits back from high school having done numbers high enough for them to pull up to school every day in a Lambo. Every female in the 414 knows the words to their songs, and soon enough every female in the country will.

We got in touch with the young icons to discuss coming up in a city with a small history of musical success, relationship with Ishdarr and more.

Read our in-depth interview with the duo below.

Our name is Donno & Dexxx , we go by the name of MT (Marshall Twins). Marshall is not our last name, it’s the name of our high school that we graduated from. We use to hoop for our varsity team since our freshman year, but we weren’t the only twins in the city playing ball. Everybody started calling us the Marshall Twins, to help distinguish us from other twins at the other schools. We 19 years old, turning 20 in May.

What are ‘Million Dollar Grind’ and ‘Tee Glazed Productions’ and how are you affiliated with them?

Million Dollar Grind is a state of mind, to make it out the city and become something greater in life. The initial movement included videographer Tee Glazed and local rapper Lil Chicken. You could say we are apart of the movement because Tee Glazed has been filming our most recent videos within the past 3 – 4 months. We all got a million dollar mindset, to be honest.

Best places to shop for clothes in Milwaukee? If you don’t shop there, then where?

We really don’t like to shop in Milwaukee, unless it’s last minute shopping for a video or photo shoot or something. But Icons and Trusted Kicks would be the go to place if we’re shopping in the city. We normally shop online or in different cities just to have a unique look. We wear a lot of custom clothing that’s normally made for us directly, and can’t be found in a store. Such as LoudLife Apparel, BDM Clothing, UT24 etc.

Tell us about the Lambo. Didn’t you used to drive it to your old school?

The Lambo was courtesy of Lavish Life Productions. We drove the lambo through the entire Northside of Milwaukee. And it was actually used in our music video “My N!gga.” But, we did use it to drive up to our old high school. It’s funny cause that caused so much hatred from a lot of older niggas. They was talking about they gone rob us and all that other tough shit. But aye, it was fun though. We plan on pulling it back out real soon though.

What’s your relationship with IshDARR like and how did it come about?

That’s our brother! He actually reached out to us about a year or so ago. Telling us to keep grinding, that he like what we was doing and all that. We had our manager get in contact with his people to set up some sessions together. We finally got up with each other after months, and did a couple of “warm up” tracks just to get a feel of what we could do together. We been rocking ever since then. We got some hit records releasing real soon. 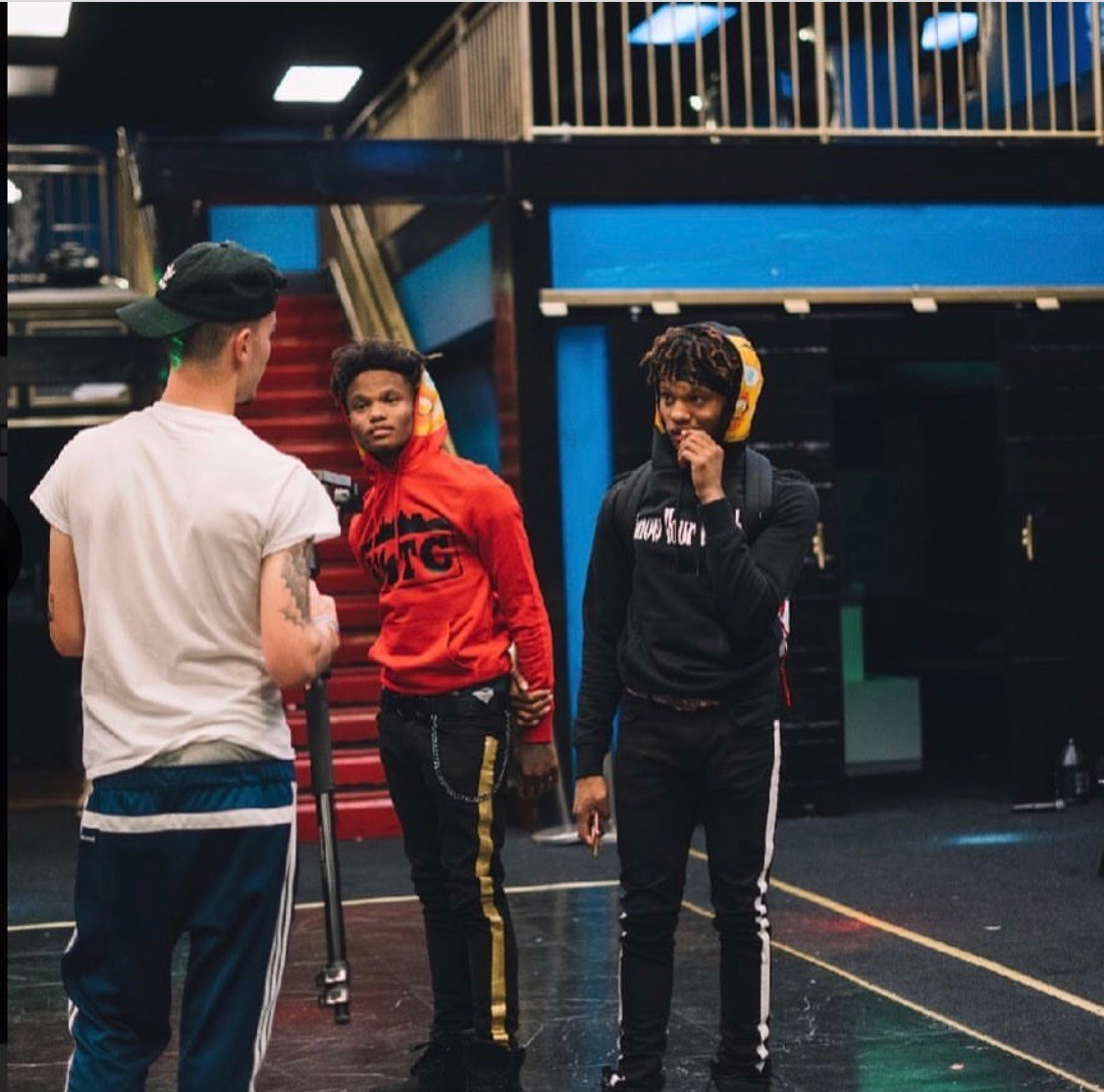 How much are other Milwaukee creatives, musical or not, involved in what you do?

We rather keep our music and creative ideas private, with no outside help is usually how it goes. We love to surprise people and much rather move in silence. We direct and co-produce all of our visuals, along with creating majority of our logo designs. Our mentor/engineer Mech is basically the only influence on our music. He help us get the sound we want, or tell us what’s good and what could be fixed.

If Milwaukee creatives are heavily engaged in the creation process, are you married to the idea of staying with them, or will you expand and work with other top creatives around the country?

No. We have intentions and plans on leaving the city for better opportunities, but we are always going to give back to our city. After all This 4 The City, T4TC! We looking forward to doing records with the top dogs, because we know we could hang and become two of the greatest of our generation.

Tell us about Christin Roby.

Phat Phat, that’s our boy. He was our original videographer, he’s great, a super cool dude who wants to see every one succeed. We stopped working together because of his motorcycle accident. He had slipped into a coma for a almost a month or so and was out of action for nearly a year. So we had to find someone else to pick up where he left off. We definitely gone link back up soon.

All of em. They doing they thang this year!

Did you ever take hip-hop dance classes?

No. But we have talked to our team, and management about working with different choreographers. We’ve also talked with Tish Taylor about linking us up with some of Jacob’s choreographers.

Milwaukee does not have that many venues for smaller artists. How did you start to get shows?

Our first show was at our senior prom. After that, we just start going to little parties and performing for free. We even participated in Coast 2 Coast here in Milwaukee.

Yeah, all the hottest clubs in the city. We  just opened for Lil Baby when he came to the 618 on January 5th.

What are the best and worst parts about Milwaukee?

Do you ever plan on leaving Milwaukee for a bigger musical hub of a city?

Of course. We gotta start traveling eventually. We plan on hitting NYC, LA and ATL.

What is something most people don’t know about you?

Your biggest musical inspirations are..

Our Pops and Uncle. Far as local, the whole Chicago movement because they so close to us and they showed us anything is possible. Far as mainstream, Drake and Chris Breezy. We grew up listening to MJ, Usher and Wayne.

You started making music because..

We always had a passion for music but we were playing basketball. So after our last season of our senior year, we like fuck it. Let’s try this music thing out.

Are either of you learning how to produce?

Yeah, we been kind of forced to learn how by Mech. The next step for us is mixing and mastering.

Two new projects are on the way to all media outlets titled “T4TC” & “#KNOWYOURWORTH.” We shooting a visual for Worldstar on Feb. 3rd with PhillyFlyBoy, and we’ve also been contacted by Jerry Productions. So that’s coming real soon!

A 45 day, 30 city tour is being set up. Where we would be opening up for two of some for the hottest artist in the game right now. We not gone give out to many details right now because it’s still in the works but it should be epic for us. 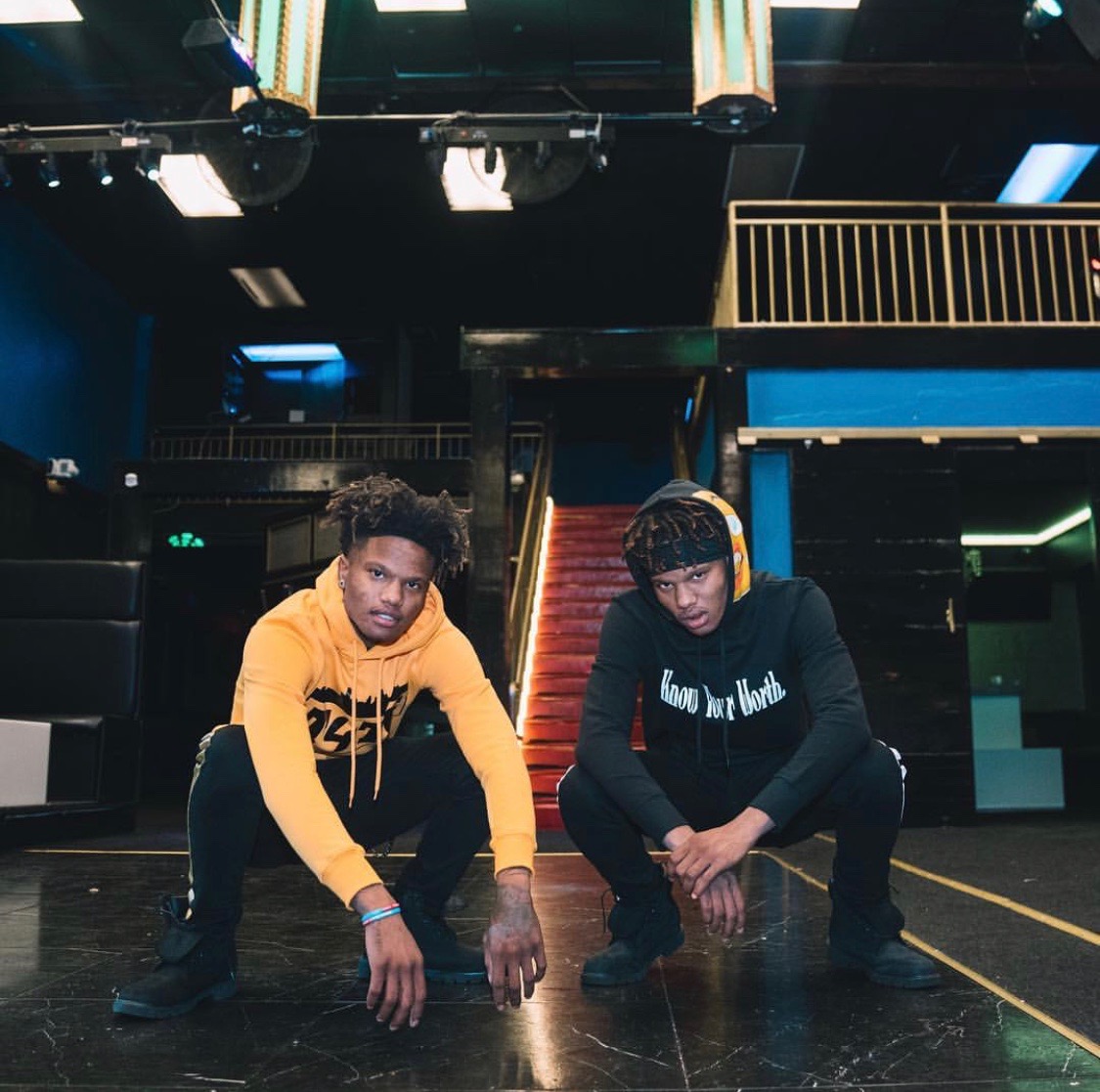 Do you get a lot of hate from guys because all the females in the city are singing your songs?

Duh. They be pissed. But aye, it is what it is.

What’s the best-kept secret of Milwaukee?

We just as bad as Chicago. Car jacking, high speeds, murders, robberies, dirty police. All that.

Where are you currently living at?

Listen to the beat, melodize and freestyle over it. If we feel like it could be something, we sit down and begin to write. We feed off each other’s energy. We sit and think of ways to be different. And ways to ride the beat without doing too much or not doing enough. After we finish, we lay down the record in the studio. Listen to it 1000 times when we get home. Go back in a few days to fix what we think needs to be fixed. And this same process continues for weeks and weeks believe it or not just for one song. We probably re-record a track 6-7 times before we think it’s perfect.

Who’s next up out of Milwaukee?

Hopefully us, and we believe IshDARR  as of now.