The tandem has delivered a compelling new offering. 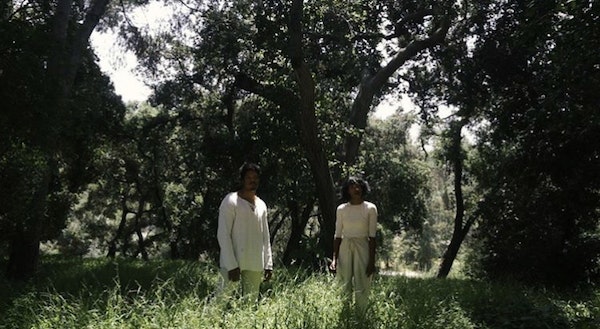 The duo of Leo Pastel and Muwosi has just crafted a captivating new music video titled, “Woah” and it is produced by internetboy with the video production executed by Annie Noelker. Leo and Muwosi are current Los Angeles residents who have blissfully implemented necessary west coast vibes into this refreshing new track. Leo is presented on the instrumental first as he delivers a carefully harmonic and wavy performance which sets the scene for Muwosi to enter with her angelic melodies. They both exchange quick verses until conjoining in unison for a quite satisfying cadence.

The visuals are just as breezy as the song is and that is all credit to Annie Noelker who has selected to correlate the enlightening track with an equally impactful location, being the Malibu Creek State Park. The landscapes are truly one of a kind as the lively scenes only heighten the passion-driven track along with not over-doing anything but pristinely carrying out a simplistic vision. The entirety of the track oozes rejuvenation as the delightful duo deliver a proper amount of finesse to this summer vibe which has drawn me in as a new fan of their work and I am eager to see what else they can respectfully push out for their audiences.