Chris Savor shares his Intro EP and breaks down the inspiration behind each track.

Yesterday Chris Savor released his new EP. Intro EP is an introspective project, where Chris shares some personal stories from the last 5 years he spent in New York. In his email submission, he shared with us his inspiration behind each track.

“Intro tells the story of my last five years in New York before I moved back to London. Through these 7 tracks I try to make sense of my life, my relationships and my past—in the hope that I can let it all go. Intro was recorded and mixed at BXTR studios, New York, and mastered in London by John Webber, AIR Studios. In ‘Still’, I ask ‘Why am I still here?’, after feeling lost to the 9-5 trap, where days turn into months, and months into years, only to be left no closer to what you really want. ‘Take Me Back’ features the insanely good production skills of fellow KAISA producer, spctra. We both left family/homes/love for New York, and dreamed about old days and distant pasts. But time continues to move, whether you do or not. I love how the big synths are as immersive as the feelings of nostaglia. ‘Journey’ is the story of a romantic relationship lost in a mix of hope and mistrust, where I tried to reassure and paint a picture of what it could be. While ‘Runnin’ Down’ was my realization that the distance between us had already gone too far. And finally, even though it was time to move on ‘TTMO’, I found myself unable to let go. ‘Drowne’ was the dark emotional state, when your mind is flooded by loss and confusion. ‘Can’t Live Like This’ was a track sent to me by BXTR originally titled ‘Zoe’. Zoe is my sister’s name and the dark vibes made me connect to our difficult upbringing. It is a little dark and I feel uncomfortable sharing so much, but i’m told the more you talk, the more you heal. The amazing vocalist, Francesca Loeber, joined me on this one. Watch out for her EP next week.”

Chris Savor Intro EP will be hitting music stores next week, and keep an eye out for the visual for “Still”. 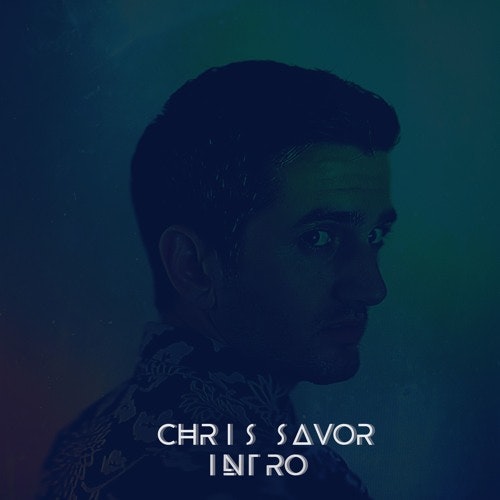