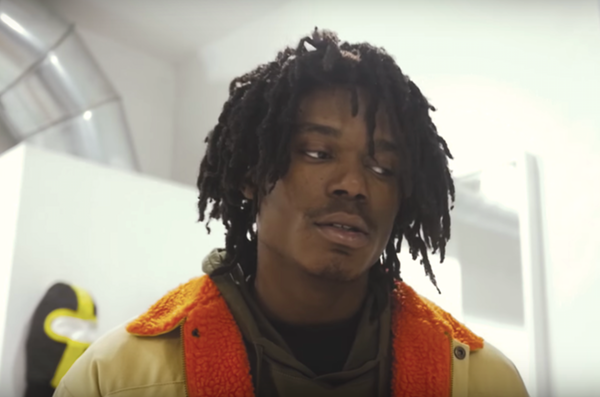 Chicago native, Lucki has been one of the more intriguing cases in Hip-Hop from the last couple of years. While he’s, without a doubt, one of the most popular underground artists in Rap, his ascension to the mainstream has been slower than some would expect. The reason for that seems to be calculation and precision, as he keeps releasing heat, this time with his new project, Freewave 3.

From the absolute get-go, Freewave 3 starts off with a bang with its intro, “Politics”. Channeling his classic shit-talk ability, Lucki smoothly skates over the powerful production, infectiously endearing fans to his minimalistic flow. Another impressive feat includes the three-track-run of, “More Than Ever”, “Of Course You Won’t” and “Believe The Hype”, all Produced by CHASETHEMONEY and easily one of the better album progressions of the early year.

Towards the end of the project, Lucki slows it down a bit, opting for more of a spaced-out sound than he was ongoing for at the beginning. In a stroke a genius recruiting Earl Sweatshirt for something other than bars, Lucki takes a brief moment towards the end to establish himself as a lyricist, flexing his chops over production from one of the most technical rappers from this era.

In short, Freewave 3 should be the project that propels Lucki to the masses, though it seems to be more of his choice than ours. Check out the project below.