Features
Sep 18, 2018
Charting: the five most popular uploads of the week 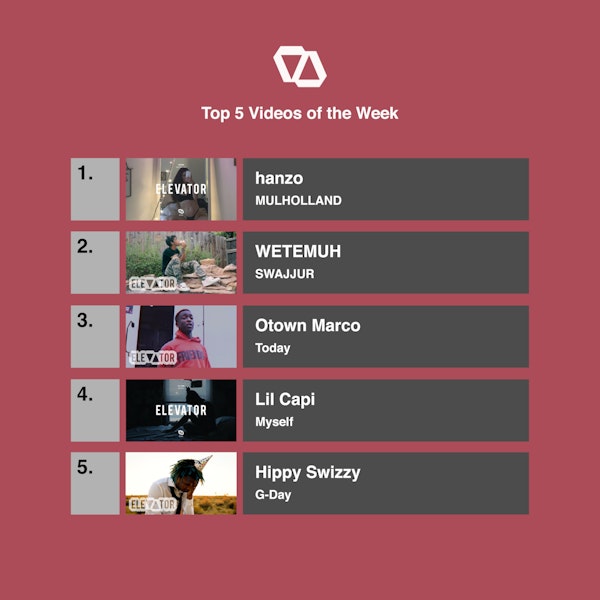 In an effort to keep our readers up-to-date with what’s happening on our YouTube channel, we’ve decided to throw together a weekly write-up of the hottest uploads. From nineteen exceptional videos that we dropped over the past seven days, here are the five that led the chart:

The battle for first place was no competition. In only one day, hanz0’s audio for “Mulholland” racked up over 16,000 views. Self-produced, the booming record is on track to be one of the THOUGHTCRIME member’s most successful efforts yet. Although the baddie on the cover may have attracted a few initial viewers, hanzo’s infectious bop surely kept them abusing the replay button.

WETEMUH has been an LVTR favorite ever since his video for “Black Ops” nearly broke our YouTube page back in July. Thankfully, the Texas buzz-maker decided to throw us his new visuals for “SWAJJUR”, another Beats By Jeff produced banger that has found an equal amount of success. Throughout its relatively short one-minute and eighteen-second duration, the grald9-shot visuals showcase ridiculous amounts of malignant energy paired with fatally-dope edits from EvijanJohn and ReallyRazzyy.

Following the release of “Soul Food” about a month ago, Otown Marco returned to our pages this past week to premiere another hit-bound track entitled “Today”. The debut came hand-in-hand with an enticing pair of visuals directed by Lars Tepaske, and our subscribers can’t seem to get enough of it. The Orlando native has been increasing traction for over two years now, and it’ll just keep growing until he becomes the next Florida rapper to break into mainstream success.

It’s not a question of if Lil Capi will blow up, it’s when. The Anaheim native has recently found himself on a pedestal as his tracks “Mean’t for Me” and “Myself” continue to pile up tens of thousands of plays. We recently uploaded the audio for the latter to our YouTube channel, and the result was not surprising. Within six days, the video broke 13k views and shows no signs of stopping. With nostalgic production from Ice Starr and a highly-addictive hook, “Myself” will instantly find a place in your daily rotation.

“I been stressed lately, you know I ain’t been myself // Thought I seen demons, I don’t want to go to hell // She been on a grind, and she never gonna tell // Now I be on my own, and I never needed help”

Damn near every serious artist can relate to, at one point, having a companion that doesn’t understand their grind. Hippy Swizzy incorporates this struggle into his new video for “G-Day”, a Mason Luckiewic-directed visual offering that suggests getting dumped on your birthday doesn’t have to suck. Swizzy turns the depressing occurrence around by declaring it his G-Day, signifying the start of a new focus for his craft.