Charged With Murder And On The Run, Ohio Rapper Drama Shares His Story

If you don’t already know, Drama is one of the most polarizing figures in the streets right now. 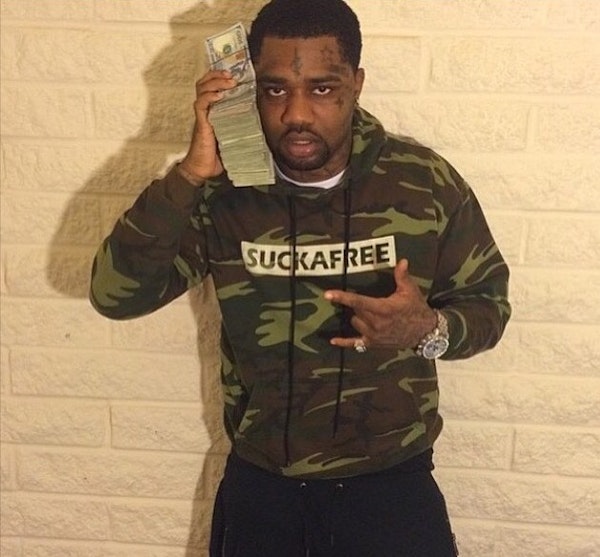 If you don’t already know, Drama is one of the most polarizing figures in the streets right now. Raised in the mean streets of Cleveland, Ohio, the south east side, from 93rd all around Lee and Harvard area to be more specific, his life story has been anything but normal.

Some years back he went to jail for robbery 2007-2012 robbery, when I asked him about it his response was simply “young dumb, stick up shit…you know, caught up in the streets thats how I was getting it at the time”. It really didn’t seem to phase him at all. “After I got out is when I decided I really wanted to turn up on this music shit, and show that I really can make something out of myself that ain’t gonna land me back in jail or shooting or getting shot at. I got more interested in telling my story then making it worse”. Loyal Always is the indy Label he’s been working with since then, “but the police continually harass me already from past gang affiliations and the shit I’ve been through. The Notorious LA Gunnaz were a known gang targeted by police multiple times and they claim Loyal Always is just our “new gang name” when in fact it’s our music shit that we tryna do legit business with.”

Before too long Drama found himself traveling and making connects quickly in Atlanta after purchasing a beat from Zaytoven, and then Zay reaching out afterwards. “Zay just hit me back sayin he fucked with me and wanted to keep working….fuck the money from then on”. That was pretty much where it looked like Drama may have begun to tip the scale, now he’s sitting on records with features from the likes of Young Scooter, Casino etc…

Things took a turn for the worse when Drama was a accused of shooting and killing a man in one of Cleveland’s inner city stip clubs. To see the official news report click this link here

“The situation is sensitive, I felt devastated, for one my career been on hold and I’ve had to work on staying free and stacking up as much material as I can while trying to prove my innocence.” Although drama doesn’t deny the rough and rugged lifestyle, he’s stated “I believe my story is compelling and more authentic than the majority of people in my lane right now, I wanna be able to turn this negative situation into a positive and come out on top with enough support to beat this case, follow my passion in my music and stay out the way…” I proceeded to asked Drama if he felt like the content of his music working against him, and he hit me with another nonchalant straightforward reply stating “nope. it’s all real and I feel like it’s me life story, and it’s time for people to hear my side of the story no matter.”

I asked if felt specifically targeted by the hip hop police and he said “fuck yea! Bro I feel like the sacrificial lamb to the cops and the media here when they can’t solve anything they just blow down on me and my people”. Drama continues to explain the magnitude of his situation, as well as adding in his best friend died over it, 30 thousand on his head in lash back from alleged robbery, I mean the dudes like a gangland documentary, and with a savage mentally. You can’t help but watch, and now he’s showing and telling through his music and gearing up to come out in full force and do whatever he can do to push through the unknown future for his personal and musical life.

Designer Drugs & Company is Drama’s label that he started and he’s already snatched up some promising up and comers. Take notes, check out how we rockin and both the new video titled “No Hook Part 2,” produced by Sosa 808 and below that one of his many songs recorded with Zaytoven “In Drugs We Trust“.