Watch clips from the performance below. 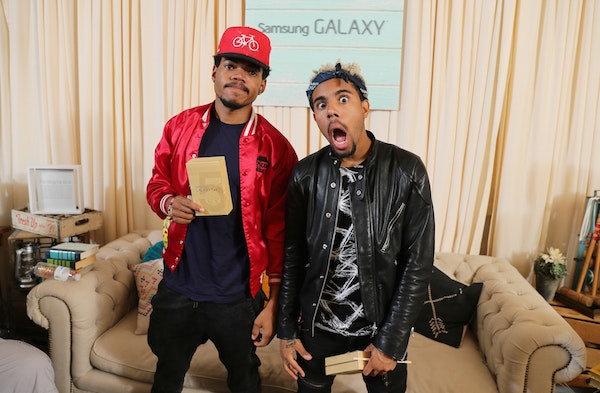 During Chance The Rapper‘s headlining set at Lollapalooza, the Chicago native brought out longtime friend Vic Mensa to perform their notable collaborations “Cocoa Butter Kisses” & “Didn’t I.” Many fans assumed there had been some unspoken beef between the rappers due to a drought of conversation between the two, but it looks as if all is well in the family.

While on stage with Mensa, Chance offered some advice to the sold-out crowd, saying “The world will take you a lot of places, never let it take you away from fam.” If that doesn’t make you tear up, smash that unfollow button.

Watch footage from the epic performance below.

This means so much to chicago @vicmensa x @chancetherapper