Learn more about one of music’s most impressive producers. 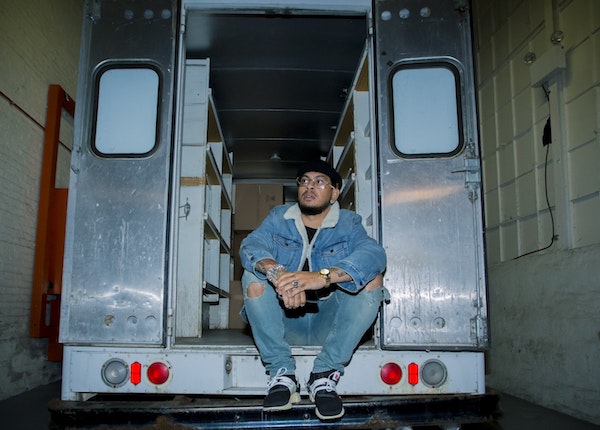 Cardo Got Wings’ propensity for hit records is rivaled by only a select few. He’s currently enjoying his fifth week in a row with a number 1 record with Drake‘s “God’s Plan” as the track continues to dominate charts and break records on almost a daily basis (#1 on Billboard charts for 5 weeks & has already gone 3x platinum). Cardo, however, is always working on the next project.

A few weeks ago, I spoke with the legendary producer and his partner in bossin’, Payroll Giovanni. While Payroll was getting a haircut for much of the conversation, Cardo and I spoke on a number of topics including the original title of the “God’s Plan” beat, the importance of getting your mind right, and his thoughts on the wild NBA trading deadline.

Cardo’s work ethic is matched only by his enthusiasm for great music. Read on below to learn more about one of music’s most impressive producers.

First things first, let’s talk about the new tape. Why do you think you & Payroll work so well together?

Shit, it’s just me and Payroll got the same ear for music. We both grew up listening to a lot of music coming out of the bay. We always had the same mind for it. Once we got together and figured out where we wanted to go with it, as far as the sound and what we wanted to do, it just clicked. We took our time to make Big Bossin Vol I. The only reason it ever happened is because the first song we made was “Never Seen Money”. I was just messing around with the beat and sending it to whoever wanted to create something new. Payroll sent me back his verse the same damn day. From there we just keep building on that groove that we had found.

Cardo: Yeah we’re trying to get things lined for a tour currently, no dates or anything yet, but we’re definitely going to do a tour this year. We got the merchandise coming as well. We got a movie coming too, we’re trying to take it back to that Master P “No Limit” shit. We just feel like that’s something the game is missing and that we could do while putting our own twist on it. We did a short film with Kidart back in December and it came out dope as hell. That’s when we decided we should start doing movies more and we’ve been continuing to follow through with that.

You & Payroll have done two projects together now, any hits that surprised you?

Well, we thought highly of every record we did, but everyone’s favorite right now is “Good Day To Get Money” because it’s such a quotable record. Especially with Pay and how he presents himself and does his thing throughout, he’s spitting nothing but facts. Real factual rap, real hustler raps and real motivational rap. Trying to give people that motivation that, hey, you need to boss your life up. At the end of the day, that’s what it’s all about man. You want to be a boss, you can be a boss. 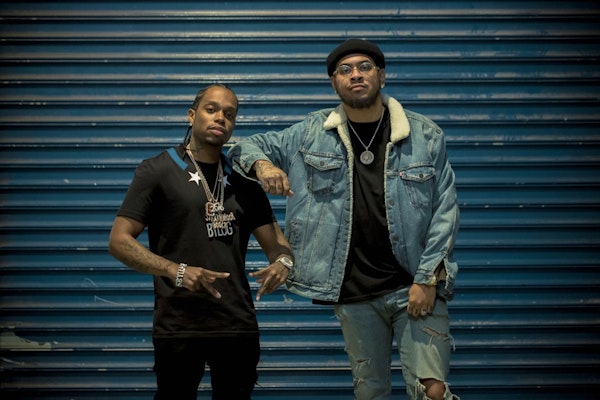 This album is definitely made for somebody looking to get their money up, what was the first wild purchase you made when you knew you’d made it big?

Oh, I went stupid, I went and copped me a range rover. I ain’t even going to front you. I said I can get this oh damn and came back the same day and drove off the lot. I still got it, but my new whip can fuck the game up for real. I can’t say what it is.

How can people best boss their lives up this year?

You’ve got to boss your thinking up first. That’s huge and you’ve also got to stay away from suckas at all times. Keep your grass cut low, and eyes out for the snakes front and backyard. You’ve also got to know what you want in life. Some people think they can just jump off the porch into the game without having any goals set. It doesn’t work like that. When you have a goal set you accomplish that shit by any means and that’s the definition of bossing yourself up, having goals and executing them. It’s also important to boss up everybody around you in your circle. Whatever goals I got I’m going to accomplish. I’m a big thinking ass nigga, If this was real-life X-Men I’d be one of the realest motherfuckas because I’d be one of them niggas with special powers and shit. Everything that comes to mind I put that shit to fruition and next thing you know it all starts coming together. So maybe I should just keep thinking like that and keep doing what I’m doing and believing in myself. All anything takes is for you to believe in yourself and you’ll go wherever the fuck you want in this world. A lot of people are scared of their dream at first, but you’ve got to get over that shit and know that anything can be achieved.

Speaking of crushing goals, we’ve got to talk about “God’s Plan”

What’s it feel like being behind the biggest song in the country currently?

It’s weird as hell. For one, my daughter just still looks at me crazy about it. My dad knows the words to the song, it’s crazy. It’s a surreal feeling to be part of something that’s so big but also so personal where I can see it touch those around me. All I can say is it’s a blessing. Shoutout to my cousin Young Exclusive, he was the one that brought it to me. Then I just executed from there and we made it what it became. It was all in God’s plan. The original name of the beat was “Grace of God”.

Since the song is setting all these records on various streaming sites I wanted to get your thoughts on the streaming industry.

The whole streaming business is a great business, it’s booming. At this point in my career, I get compensated with a fair cut on everything. I get what I deserve, so I have no complaints. It’s definitely a game changer, some are just now adapting to it, but a lot of us have been studying it too. It’s all about learning that system and coming up with the best content you can to build up a solid fanbase. That’s where all these streams are coming from, Drake’s solid fanbase. It’s funny, I don’t have to go platinum or gold these days, but you can go platinum or gold just off of streams in a couple days. It just shows you the power of the fans. They’re everything for us artists.

Who’s the most fun to work with?

Definitely Kendrick, that’s my Brodie right there. Me and him been tight since the beginning of all this shit so he’s always one of my favorites to work with. Andre 3000 was one of the most incredible, experimental recording sessions I’ve ever experienced. That nigga is beyond out of this world, he’s on some interstellar shit for real. He’s just always thinking three moves ahead. Being around dope people like that is just inspirational and makes me want to make better shit. And of course, Payroll too, that’s my bro, that’s family. So whenever we do some shit it’s always going to be dope. Travis too, working with Travis Scott is crazy, I don’t even know if I’d call it work, it just feels like I’m at a party when I’m in the studio with him. He’s so energized, and you feed off that shit and then put it back into the music. He makes you feel welcome from the jump too and that’s why I fuck with Travis tough. We’ve both come up in this game together so to be turning up together now is a dope feeling.

I’m glad you mentioned Kendrick and Travis since the song you produced on the Black Panther soundtrack features them both. I know the movie still a couple days away from release but have you seen it, any spoilers?

Man, I haven’t seen it yet. I was supposed to go out last weekend and catch the premiere, but I was in New York at the time and couldn’t make it. The soundtrack drops tonight however and we got a hit on the tape with “Big Shot”.

Are you an NBA fan at all? If so, any chance you’ve seen the trades from today?

Man, I been watching these crazy fucking trades all day, I know that.

As a heat fan, I’m gassed up because we just got Dwyane Wade back.

Y’all just got Dwyane Wade back bro, for just a second rounder too? Take that all day.

Who you got in the finals this year?

I’m from Minnesota, so I’ve got to rock with my Wolves. They’ve got a good team this year. They just beat Lebron the other night before he blew the team up. I was just like what the hell is going on over there. And on top of everything, these trades clear up a lot of cap space for the Lakers, so there’s a part of me thinking, shit is Lebron setting this up so that if he does leave Cleveland he can go to L.A. Who knows with him though, everyone’s talking about Bron going to the Warriors right now. Shit, if that happens that team looks like the Monstars from Spacejam. No reason to watch the games at that point.

Cardo’s right about one thing. If this was X-Men, he would certainly be “one of the realest motherfuckas”. His special power being his capacity to think things into existence. He’ll have to think quite hard if he wants to top his current winning streak. In an industry confined to labels, Cardo is a chameleon. A producer that can create layered sonic landscapes with symphonic precision for any artist you can think of because chances are he already has.