The 2-day festival is returning to San Antonio, TX this October. 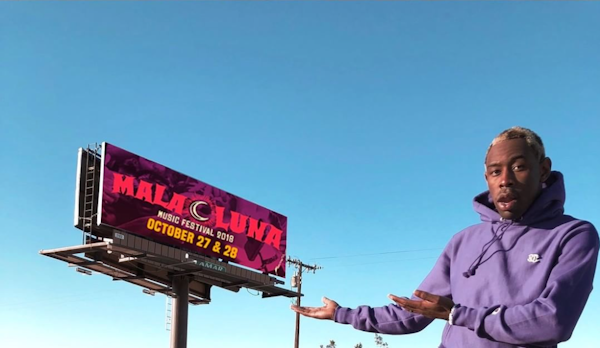 Returning to San Antonio-TX this year with an absolutely stacked line up is Mala Luna Music Festival. Last year the two-day festival saw performances from Lil Wayne, Wiz Khalifa, Future, Migos, and while many believed the festival organizers couldn’t top the 2017 lineup, they have been proved wrong.

This year’s installation of the Scoremore presented festival will take place on October 27th and 28th at Nelson Wolff Stadium. Spread out over the course of two days, attendees can look forward to performances from Cardi B, Nicky Jam, Tyler, the Creator, Lil Pump, Rich the Kid, and many more.

While the festival is stacked with major names, there will be multiple performances from emerging artists from the Lone Star state that we’re extremely excited to see. Learn more about three of Texas’ next noisemakers that will be hitting the stage of Mala Luna below:

Noah North is an Austin, TX-based rapper who exploded onto the scene with his 2016 single “Goat.” From packed out UT frat parties to festival stages across the state, he’s cemented himself as a figure to pay attention to. There is no club on 6th Street that goes without spinning North’s record as his music is guaranteed to start the party. With releases coming few and far between for the charismatic Austin rapper, he is one of the most sought-after emerging artists in the state.

Bambi‘s rise in Texas began in San Antonio where he used to release music under the name Yung Bambi. As a prominent figure in the emerging collective, Midnight Society, Bambi, and his go-to DJ/producer Mason Flyntt are making waves in the underground that are undeniably crossing the state. As he continues to blend the borders of R&B and trap, his influence on the sound of Austin’s music scene is beginning to become obvious. From aux-chord DJ sets to clubs all across the city – no one can start a mosh pit with playing the “HOLETIME” rapper’s music.

At only 12 years old, San Antonio, TX native Angelina Cintron, knew she was going to be a star. Beginning to write music release music at the age of 19, the young songstress is poised to break out of her South Texas hometown and take her music to the world. With her following steadily on the rise due to her consistent release of emotionally enticing pop music, many are beginning to turn their eyes to the emerging singer as she might just be the Lone Star state’s next pop-star.