With the upcoming release of ‘Kingdom Hearts 3,’ the series is more culturally relevant than ever before. 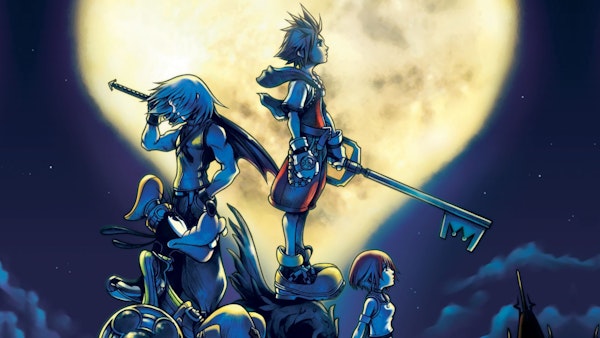 It’s 2005. You press the power button firmly on your Playstation 2 Slim, wipe off the dust on the top, and grab the controller before reclining on your bed. After the introductory system riff plays, a white screen cues up, and some game credits appear on the screen written in Comic Sans font. Once they fade away slowly, a somber piano melody starts playing as the screen lights up, revealing an awe-inspiring image. A boy stands with a simple stick in his hand, twig in his mouth, as he stares blankly into space. You see the words “Kingdom Hearts” above the image in bold letters. You grin and queue up your saved profile, eager to immerse yourself in this world.

This experience was similar to many children growing up in the Playstation 2 era. Throughout the 1990s and early 2000s, Disney’s animation churned out some of the best animated films to date. Nearly all were critically acclaimed, becoming classics and defining the impact of animated films in pop culture. In an elevator conversation between two employees of video game company Square Enix, an idea that would grow like wild fire was hatched: what if Square Enix and Disney collaborated for a video game? At the time, Square Enix was immensely popular thanks to the role-playing game series Final Fantasy. If the two companies were to mix the best of their stylings for a game of epic proportions, the world would be eating out of their hands.

And thus, in 2002, Kingdom Hearts was released, garnering a ton of acclaim. It won multiple year-end awards that year, and eventually garnered Greatest Hits status by Sony. To date, the game has sold more than 20 million copies worldwide. What exactly made it such a cultural phenomenon?

Perhaps it draws back to its initially simple, yet identifiable, story. A young boy named Sora, fighting with his best friend, Riku, for the affection of a female friend named Kairi, wishes for adventure. As if the universe was listening, an opportunity knocks on their doors, changing their lives forever in the process. What follows is a complex story of belief, friendship, and betrayal that summarizes adolescence, a coming of age tale that helps to define the extreme highs and lows of friendships in regards to youthful arrogance.

Over the years, if you look closely at the rap game, aspects of the franchise have bled through into the art form. Utada Hikaru, the lead vocalist of the series, has two songs associated with the games  — “Simple and Clean,” which was the theme song on Kingdom Hearts, and “Sanctuary,” the theme of the Kingdom Hearts 2. Along with composer Yoko Shimomura, their tunes have received the sample treatment time and time again. Lil B sampled “Sanctuary” in his 2010 release “Pretty Boy (Remix),” adding a pounding bass line to the somber melody. J. Cole repurposed Shimomura’s “Darkness from the Unknown” from Kingdom Hearts 2 to craft his motivational “Dollar and A Dream III.” XV channeled his witty raps through “Sanctuary (Ending)” in “When We’re Done.”

The argument can be made that video games are influential across all genres. But the evidence shows that hip-hop has been inspired more through samples and references than any other music group. A search of WhoSampled.com shows that there are five hip-hop songs registered as samples of music from the video game. There are zero for any other.

Even though the series has seen sporadic releases since Kingdom Hearts 2 in 2005, the series continues to influence hip-hop. Up and coming rapper Pollari, known for his eclectic style and zany appearance, utilized a sample of “Traverse Town” from Kingdom Hearts. 16yrold, one of rap’s hottest up-and-coming rappers used to have a picture of Vanitas, a central antagonist in Kingdom Hearts: Birth By Sleep, as an avatar on SoundCloud. The popular streaming platform has countless remixes of the games’ themes by upcoming artists who grew up inspired by the game.

At the series’ essence, it’s an identifiable piece of art that connects genre experiences to fantastical situations. There is good in evil, and everyone deserves a chance at redemption, a la Gucci Mane’s turn-around after release from prison. We’re nothing without our friends because they give us power, similar to how collectives in rap lean on each other to elevate the group’s esteem as a whole. Many of the series’ events are metaphors for real life happenings that let us grow as a person. Perhaps, in hip-hop where rapport and fealty are the genre’s defining traits, the games continue to be important because they allow us to observe these qualities from afar. Disney’s inclusion may have drawn us into the series, but the camraderie of Sora, the protagonist, and Riku, the deuteroganist is something we root for, even through the twists and turns of their relationship, and continues to inspire us. They hug each other, thank each other for their friendship, and make sacrifices — all because that’s what friends do.

The road to Kingdom Hearts 3 has been bumpy, and full of detours. It looks like we’ve finally hit the home stretch with a new trailer featuring “Oath,” Utada Hikaru’s latest musical contribution to the franchise. There’s no doubt that on SoundCloud, the track will get dismantled, repurposed, and sampled over and over again, and that’s what we need. The franchise will continue to provide a basis for rap to expand upon and create art inspired it. As our genre continues to evolve and grow, one thing’s for certain: The Kingdom Hearts series will always be important to hip-hop and will continue to reinforce the ideals that we value in the community.