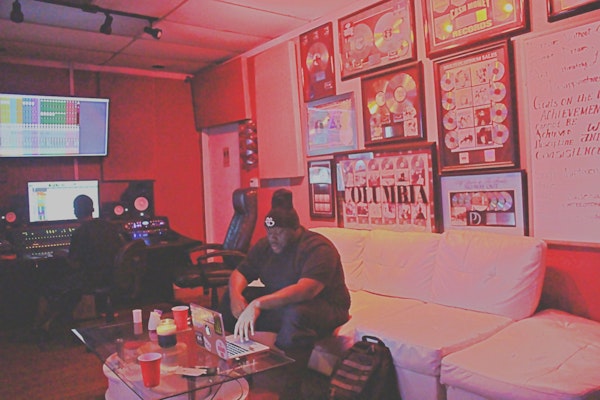 Hip-Hop is the one genre that where you come from means almost more than anything else. Think about it, how often do you see Bruno Mars or Taylor Swift mentions being prefaced with their hometown? That’s because regional Hip-Hop is everything, and where you’re from shapes you. Born in Texas, raised in Washington State and currently So Cal living, rising stud Kofi drops off a dope new video, “Tha Intro”, hailing from his debut mixtape, 5 Years In LA.

Already known as one of the more personable and enigmatic rappers from around Los Angeles, Kofi taps into these qualities all throughout the video. Showcasing a lightning-quick cadence — creatively accentuated by some crazy faces — Kofi brings a more rugged and rough style to the normally laid back west coast scene. Shot by BelieveInYourself Productions, the video is rooted in minimalistic qualities, opting to instead focus on the artist, rather than hazy visual effects.

As previously mentioned, the video comes from his recently released debut, 5 Years In LA which was a creative exploration of the journey Kofi has taken to get here. Featuring the likes of BassSquad Black, Skeme & more, the tape is more than worth the listen.

Check out the video for, “Tha Intro” below and stream 5 Years In LA, which is out everywhere.