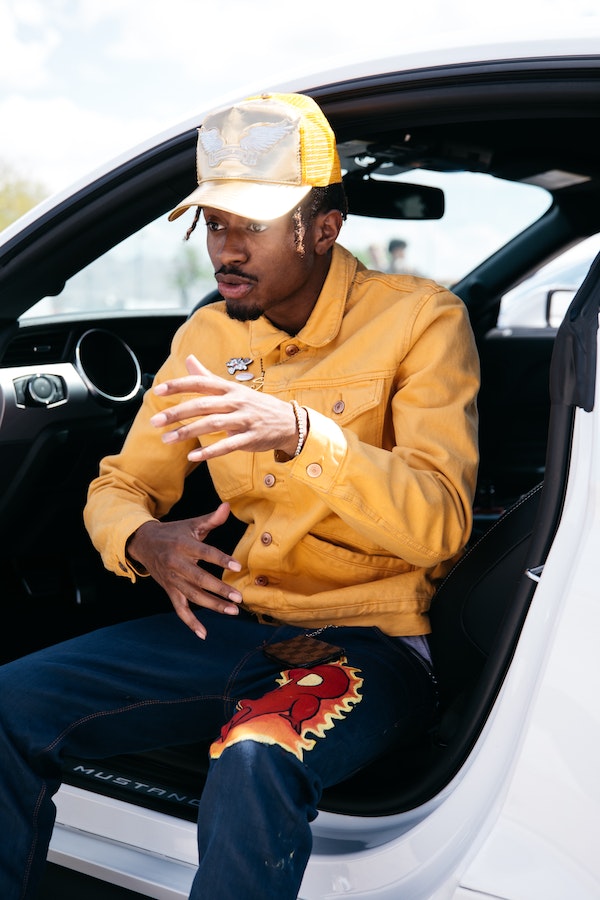 Sometimes you got it, sometimes… you just don’t. Not all of us have the glow, not all of us are meant to be the center of attention, but yet again, that’s exactly what some of us were born for. Hailing from Las Vegas, Le$LaFlame saw his first life as a city-celebrity when he was making waves as a highly-touted high school basketball player. When that didn’t work out as planned, Les smoothly transitioned into being one of the city’s most popular rappers. After building up his buzz around the region as a whole, he debuts his anticipated new project, Flame On!

Boasting only one feature, which comes from his fellow DGHM brethren, Big Mf Tone, one of the best parts about this project was seeing Le$ gas all over these beats, with no help, and sounding polished as ever. Despite the fact that some of his earlier records relied more on flow and flare than substance, the Las Vegas general proves with conviction that his music is on another level now. While he’s still seemingly having a lot of fun on the records, it’s obvious that he’s putting a lot more into them, now, as well.

Some standout tracks from the project include, “Mile High Club!”, “Play2Win!” and, “Insomnia!”, with the latter showcasing one of the better flows that I’ve heard from Le$ to date. Check out, Flame On! below and get hip to the progression from one of Vegas’ rising stars.