Roman Flowrs newest musical craftings were made via his alter ego Bumpy Mayfield.

Roman Flowrs newest musical craftings were made via his alter ego Bumpy Mayfield. He sat down with These Days News, to explain.

“It was mid-September 2013 and I was finishing up a mixing season with Classick for “One Hell Of A Promo” at Classick Studios. 95% of my sessions were late nights, so most of the time I would kick it with the homies that were there cooking up. The best music is made there from the hours of 12am-9am. Everybody was there, Chance, Smino, Patrick Pryor, Tapez, Chuck LI, Anthony White, The Gift and a handful of the city’s best engineers so there was always a lot of energy. I would like to compare it to Questlove’s experience at Electric Lady Studio during the Late night Voodoo sessions. Everybody was there D’Angelo, Erykah Badu, Jill Scott, Common, Mos Def etc. along with the best musicians in the city jamming in each other’s sessions. This particular night Cam O’bi & Tobi Lou were in the blue room vibing out and recording vocals to this crazy soulful beat that Cam cooked up. We all were recording ideas & harmonies, & I was playing with my voice doing a pretty good Louis Armstrong Impression & laid down some dope stuff. Soon I started to put a story to the voice I was making. Bumpy Mayfield was Curtis Mayfield’s younger cousin. He was there in 1969 at Wood Stock watching Jimi Hendrix play the national anthem on the guitar and he was part of the soul train house band before the show moved to Los Angeles. He never really got his shine, but was always respected by the greats. I always used to have alter egos like YUNG $EED$, Dom Hennessey & Heero Yuy but they all had different vibes musically. Bumpy Mayfield is no different, but means a lot more to me because the essence of it reminds me of the songs my mom would play while cooking breakfast on Saturday mornings when I was kid.”

Listen to MIDNIGHTS UNDER PALM TREES below. 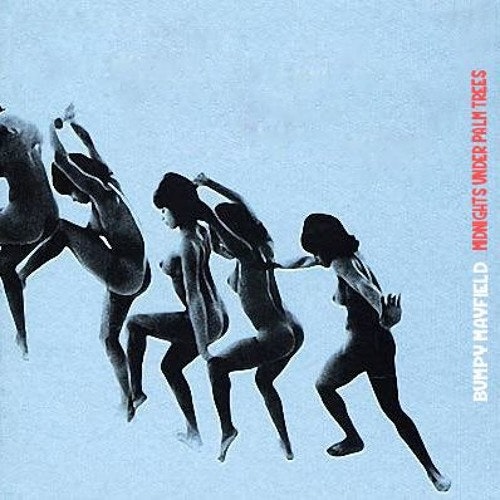