Buddy wants to you show you a side of Compton that you’ve never seen before. 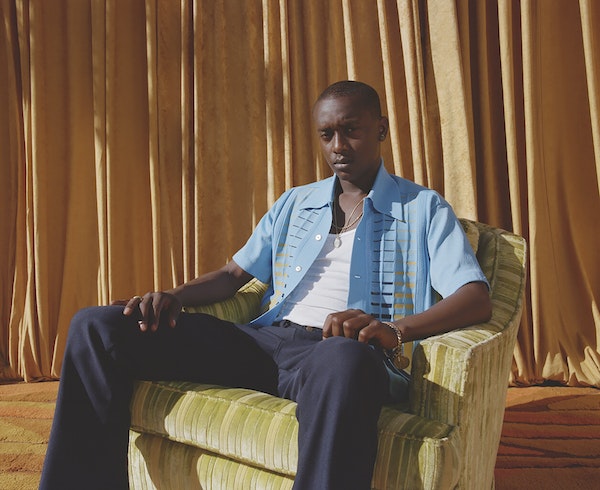 Compton, California. It’s a place known for incredible resilience and remarkable talent. While much of the media chooses to highlight the negatives of the West Coast neighborhood, Buddy wants to you show you the side of the city that you probably haven’t seen; the college, the people and the airport that he took flight lessons at as a youth. His new album “Harlan & Alondra” is filled with deep personal connections, with even it’s title representing the cross-streets of Buddy’s parents’ Compton residence.

Buddy’s versatility shines throughout the new project, while he keeps a sense of authenticity but remaining unapologetically Compton throughout the twelve-track duration. A few weeks ago I spoke with Buddy about the album’s forthcoming release, some of the biggest misconceptions about his hometown, and his biggest stoner pet-peeves.

First things first; tell me a little bit about how you got started and how you got to where you are today.

I grew up in the church choir, so I was always in front of a congregations singing and stuff. Then I went to a conservatory and basically, the conservatory is where I learned how to act, sing and dance. We did a bunch of theater plays, and we threw a bunch of fundraisers to build money for costume design and stage setup. Through that, I ended up in a rap group and made a song about white polos. I just kept on going after that, you know? I got some beats from the homies, and simply made some songs. One day, I got introduced to Pharrell through the homie. I played him a few of my songs, and next thing I know, he was flying me to Miami and started making me beats.

Since you’ve got some professional training in acting, I wanted to know, any recent roles you think you could’ve nailed?

Man, I auditioned for that new SuperFly movie.

Really? I haven’t seen that yet.

Yeah, I didn’t get it. I think I’m a little rusty – I’ve been so busy rapping about me and being myself as a human, so to start acting and pretending to be somebody else, I’ve got to put some WD-40 on my acting skills. You know, take a class and get back into it and take it more seriously.

What about voice acting? I know you’re a big Naruto fan, have you ever thought about lending your voice to a character?

Oh yeah, that’d be tight. I’m down to do some voiceover shit. I’m actually putting an animated series together with my friend. He’s kind of building the story-line, but once we get a bigger platform we’re going to make it happen.

Let’s talk about the new material. “Hey Up There” is very Compton-centric. It sheds a lot of light on some of the positives: the high school, the museum, the college – all the positive things that might not always get highlighted. What do you think the biggest misconception about Compton is?

There are more sides to Compton than what they depict. A lot of people see the gang members, the shootings and the drugs, but it’s also a lot of families and kids growing up. There are a lot of positive things happening in Compton. When I dropped “Hey Up There,” we shot a video at the Compton Airport because a lot of people don’t even know it exists. I grew up right down the street – Harlan and Alandra – hence the title of my album. I used to walk down the street to the airport as a kid and take pilot lessons. They would teach you how to fly helicopters and airplanes. I just wanted to show that side because it’s happening, you know, to this day.

What was that moment like when you heard your song on the radio for the first time? That’s got to be a cool experience.

Yeah, it’s super tight. I hear somebody play it from afar, and just recognizing the beat and hearing your voice like, you know, somebody driving by real quick or, somebody stopping at a light and playing the song, looking over and recognizing you – a bunch of moments like that, it’s always cool.

What should fans know about Buddy’s live shows? Any surprises for people on this tour coming up?

Nah, not really. I’m just performing my songs, singing my heart out. It should be fun. I might jump in the crowd if you’re lucky. I’ve got a bunch of rapper friends; I’m going to see if any of my rapper friends want to come rap with me.

I feel like your music is very layered. Is live instrumentation something you’ve ever thought about? Having a band behind you at shows?

For sure, I just did The Live Lounge over here in London with a band out here and it was super tight. We had Brody Brown, Mike, Keys and Roofeeo produce my whole album, so we had hella live instruments and a bunch of live music on the album. A band is in the future but I’ve just got to find the right people to travel the world with and hang out all of the time and rehearse.

That tour life can get pretty hectic. What are a few things you need with you on tour at all times?

Uh, a plug for weed at all times. Need a weed man for every city. I was trying to find Kush abroad, not as easy as it is in Cali. Oh and water.

You mean like when people hold it too long and don’t pass it?

Naw, like just passing it to the wrong people. I hate people that are not even in the rotation that’s trying to invite themselves into the rotation who feel entitled. I hate people who feel entitled to a rotation, like, they’ll see one person they know and then just like they’ll hit the blunt and just skip everybody and they’re like “oh let me hit that.” I hate that shit, it’s just like, nigga where the fuck is your weed at? You knew you were going to want to smoke when you walked up to us so you should’ve bought some weed and rolled the blunt, like I did.

What would you name your own strain if you had the opportunity?

Uh, Buddy OG. Buddy O’s…Or something like that. Buddy O’s. It’d be like a Cereal name almost.

We’re already halfway through 2018. What’s something that you’re already tired of seeing?

I’m tired of seeing all these little side-bags that people be wearing. All the little satchels, all the little pouches these dudes be wearing. Fanny packs over the shoulder, little tote bags, and little man purses. I’m sick of it!

So we’re getting rid of that in the rest of the year going forward, huh?

Hell yeah. I ain’t going to lie, I’ve got a nice little collection, but I caught on early and I’m giving all of my tote bags away too. I’m going to lead the way. I’m gifting all my little man bag purses, all my little satchel fanny packs and I’ll just put my shit in my pockets.

Well, it sounds like you were early to that wave. What’s something you think is going to pop off but people might not be hip to?