Kirk Knight is back on heads. 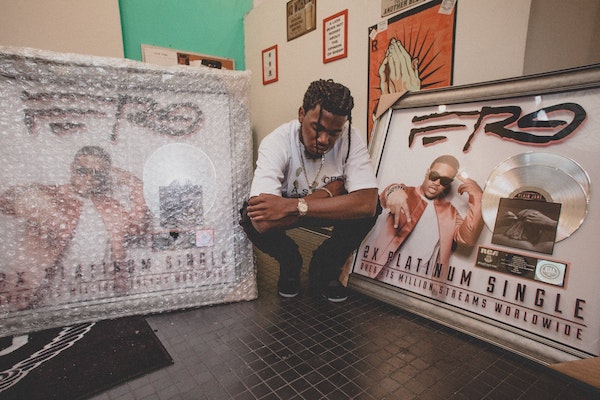 Kirk Knight with platinum plaques for his production on A$AP Ferg’s, “Plain Jane.”

At one point in time, somewhere around late 2012-early 2013, you could’ve said Pro Era was the next Wu-Tang Clan & an army of New York City millennials would be calling you a genius. While the group’s momentum may have slowed down since then, they’ve done a great job at staying relevant with consistently solid releases from guys like Joey Bada$$, CJ Fly & even Powers Pleasant.

Always a fan favorite amongst the group, producer/rapper Kirk Knight helps to reignite the flames with his new album, IIWII.

Clocked in at 36-minutes, & a healthy 12-tracks, IIWII is a war-themed, incredibly brooding body of work that’s at its best when Knight slows things down a bit. While the energy on tracks like, “M.O.” “Different Day” & “Run It Back (Freestyle)” is admirable, the genius in this album lies in a 5-track-run in the middle of the album. From the 4th track, “Leverage,” to the 8th, “TML,” this medley is where Kirk should’ve parked his creativity, in my opinion, though the energy will surely be revered by longtime fans.

Among the medley, the standout song has to be the beautifully written, “Duffle Bag.” Disguised as an aggressive, war-ready single, the lyrics paint a picture of a man who’s tired of having to pick up and leave. Even more than that, he’s tired of the fact that it’s so easy for him to pick up and leave as he’s never had more than what fits in a duffel bag to leave with. While Kirk will surely make more of the dynamic, high-octane bangers that we’ve come to love from him, it’s in these sobering, yet wildly relatable tales that Knight’s genius shines brightest.

Check out, IIWII below and take a peek inside the Brooklyn natives mind.