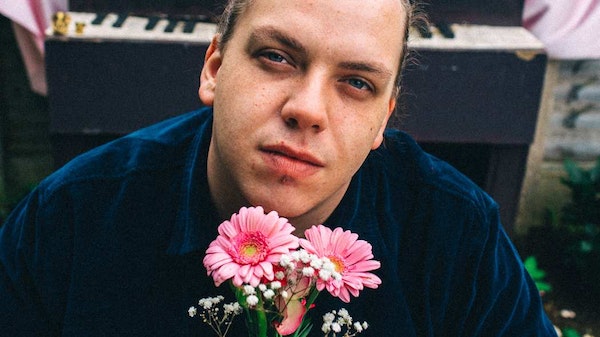 It was just yesterday I feel I was discovering Liverpudlian based Brad Stank via Spotify two years ago through his track “Flirting in Space”. From the moment I listened, his voice rang with this tenor that I’ve never heard from any other artist, almost like he stamped my ear with his unique sound. I knew from the beginning that his approach when creating music was very methodical & not rushed, a quality that very few musicians are equipped with these days. His sound is on the mellow side, on the cusp of R&B and indie rock, which is a medium I really respect considering he’s not exclusive to just one genre. After adding his music to my library, I always had it in the back of my mind that I had not seen a visual from him before.

To my surprise along with the rest of his fan base, Brad released the official music video to one of my new favorite songs by him “Watering the Garden” just about a week & a half ago. Directed by Corey Rid, the video is shot on a sunny day, perfect for sunbathing. Brad walks through the garden, watering the flowers along his stroll. The visual has plenty of moments where the lyrics are reflected in the production, which is always something we can appreciate. The true essence of summer is most definitely captured in this video– from a picnic full of laughs, to the lily pads, to the overflowing smiles throughout. From start to finish, positivity, wellness and growth are held as the main themes while the warm and colorful tones captured make the production of this visual that much superior.

Brad Stank is set to begin his “Slowdown” tour on October 6 in Chicago, IL. If you’re around, be sure to stop in. See below for an extended list of the tour dates/locations.

Press play on Brad Stank’s “Watering the Garden” visual below: