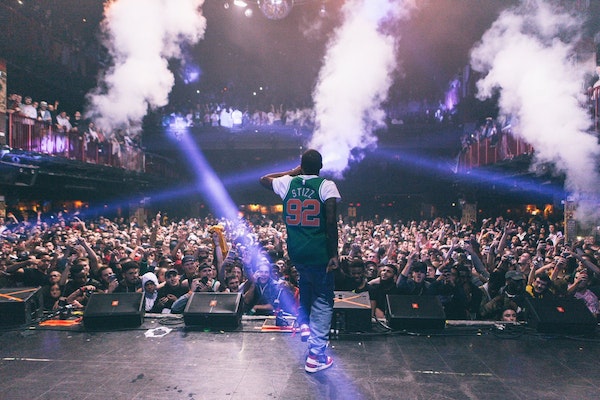 I like to think that there are some parallels between sports and music. There are underdogs, rookies, champions, and veterans. There are wins, losses, celebration and sometimes even heartbreak. There are “draft classes,” and “greatest of all time” lists, so on and so forth. There is a sense of pride in your hometown team. Even if the players on that team may have originated in other parts of the world, there is a uniting force around that team where people can come together and rally for a common good to cheer on their team. Music, and in this case, rap, has an incredible amount of regionality built in to the fandom and celebration of an artist. They might tour the world and gain fans from everywhere, but to that initial hometown crowd, they’ll always be their artist.

In to the story steps Cousin Stizz, a native of Boston, Fields Corner to be exact, who just recently wrapped up his first nationwide tour, ending in an exclamation point in his hometown to a sold-out crowd of some 2,500 people. With support from Big Leano and Levi Carter, the crew took to the road to tour Stizz’s latest album, One Night Only. For what can be considered his “rookie year” as a tour-headlining artist, with most cities finally getting the chance to be introduced to Stizz, those of us in Boston were already well aware of what Stizz brought to the table as a performer. Those 2,500 tickets sold out in a day and a half, 4 months before he was set to hit stage. For Boston, this was Stizz’s championship run, with the hometown performance acting as the final moments of an ensured Game 7 victory. I was just excited as anyone else and that morning I texted his manager, Tim Larew, a congratulations and good luck, and the first text I got back, fittingly, was “Game Day.” 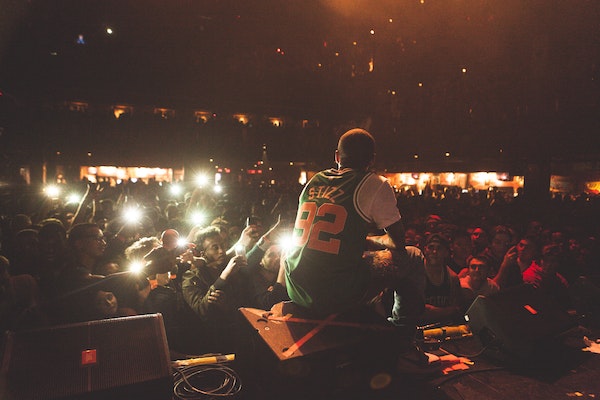 The House of Blues in Boston is the said to be the largest capacity House of Blues venue in America. Almost every non-arena national touring act touches this venue. Situated across Lansdowne street from Fenway Park, the street was filled with too-drunk minors, people hopping out of ubers, scalpers, the sausage cart with questionable at best grilled meat, the street littered with water bottles with liquids that didn’t look like water. The scene was set like any other sold out show, only this one came with the tangible perspective of Cousin Stizz playing a 200-capacity venue only two short years prior. There was a climatic buzz around the venue, of not just a normal concert on a Friday, but the witnessing of a dream realized for a team that many have been rooting for for years.

Cousin Stizz took to the stage to chants of his name, with the beginning moments of his track, Headlock, as his entrance music. Once his voice boomed out of the speakers, the already buzzing venue took to a roar. The security barrier collapsed towards the stage, the wave of people rushing the stage hardly being contained by the fencing. He emerged from the pack of people on the side of the stage and swooped to the center of the crowd, wearing an unreleased Canada Goose jacket in collaboration with Boston retailer Concepts, over a custom orange-on-green Celtics jersey adorned with “Stizz” as the last name over the number 92, hand embroidered paint splatter vintage Levis, made with love from the local brand, Bandulu, and the highly coveted Off-White Air Jordan 1’s. Stizz covered every part of the 100ft stage, focused on the performance at hand, and when time permitted, looking to the sidestage areas packed with his closest friends. Stizz attacked the set list, delivering every line with the showmanship acquired from the lengthy tour. The crowd chanted every song, arms outstretched to catch a dap from the hometown hero. A few times, some pushing and shoving broke out in the pit in between songs, which Stizz diligently mediated to settle the parties down. 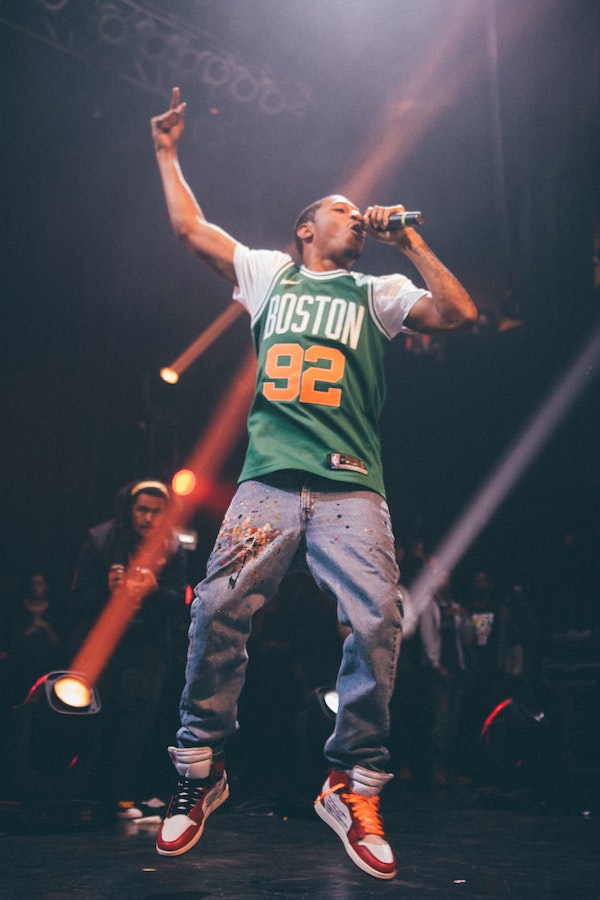 Cousin Stizz broke up the set list with personal stories of his own struggles, setbacks, and victories along the journey that put him on that stage, most notably the arrest of some friends at South By South West that eventually stemmed the backbone to the track, No Explanation. The crowd stood, silent and attentive, like taking in a once-in-a-lifetime lecture. He called to the stage some of the most important people to his path, close friends and collaborators like Jefe Replay, who together performed Talk, and Big Leano, who together performed The Store. Perhaps most importantly of all, Stizz called his father to the front, who was met with thunderous applause, and realizing the weight of the cheer, Stizz stepped to the side to give his father the center of the stage, which only resulted in probably the loudest cheer of the night. It was truly a family affair in Boston, ending fittingly with Stizz calling all of his stage-side guests in attendance to accompany him in the spotlight to end the set with the track Doubted Me, which might best sum up the path it took to take him and his team from sweaty basement shows in a college flop house, to one of the largest stages in the city. Ending in an emotional embrace from his father, the crowd embraced Stizz with one last larger than life cheer fit for a champion.

In the grand scheme of things, Cousin Stizz is a rookie, but he’s Boston’s rookie. And to push the metaphor further, Boston got to see Cousin Stizz play his college years and craft his game, and set school records, and bring national recognition to their city. To Boston, Stizz might be already lined up for an eventual statue to commemorate his budding legacy. So while the rest of the world might just be getting introduced to Cousin Stizz, Boston has seen this coming for quite some time. 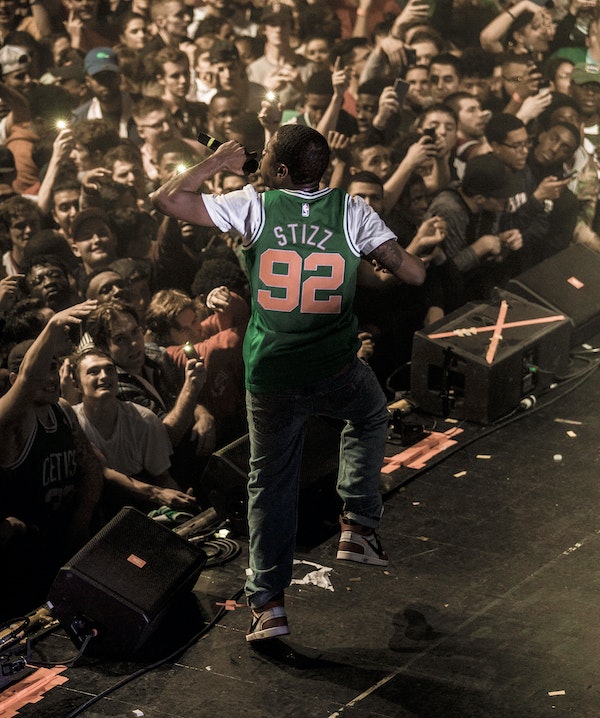 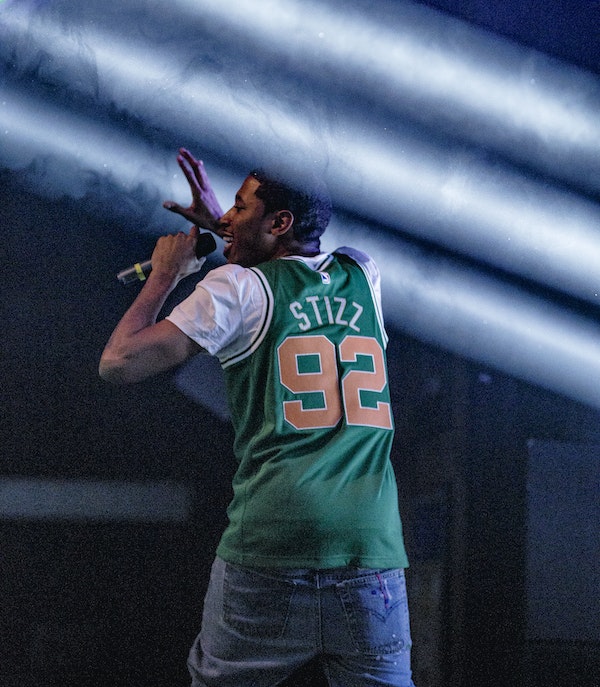 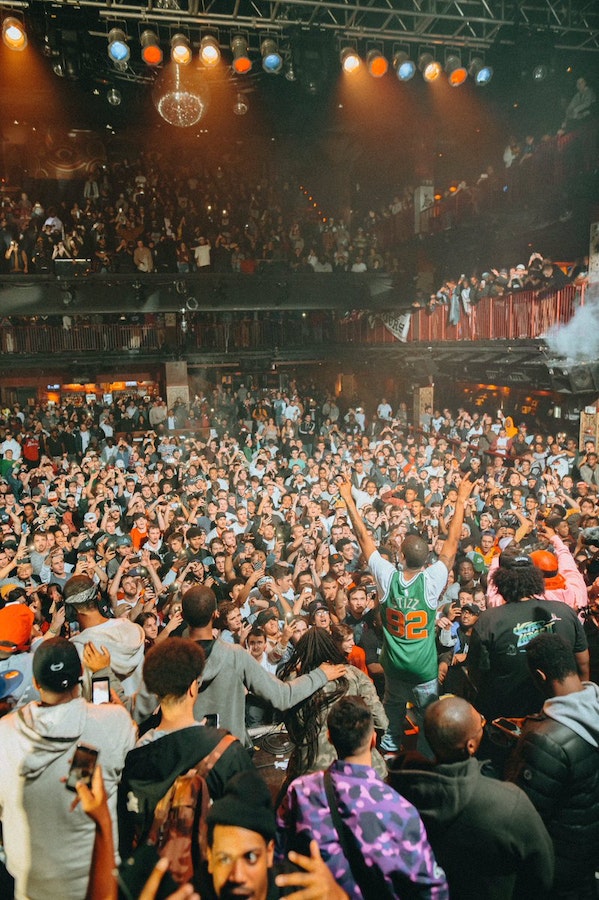 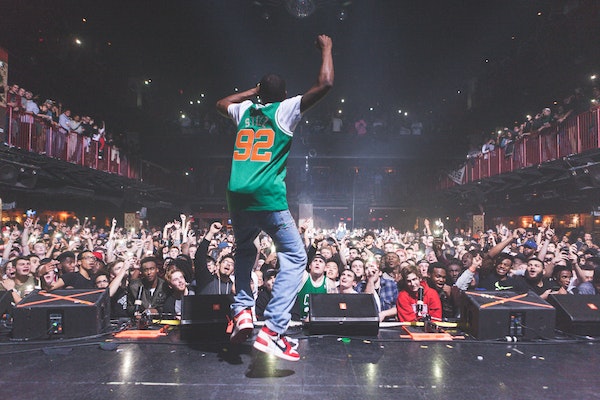 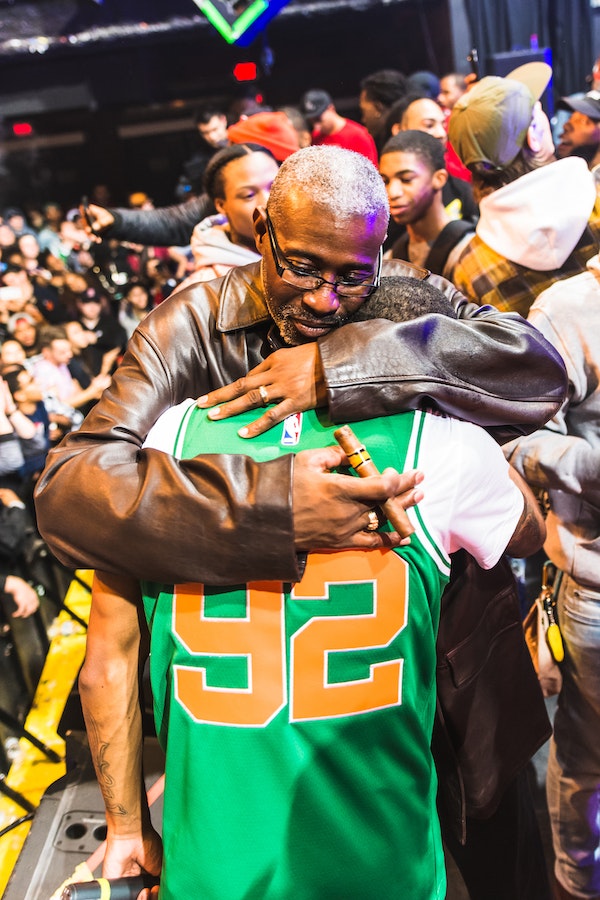