News
Feb 8, 2018
Big Sean is going on tour and letting his fans choose the setlist

Playboi Carti will also be joining the tour.

Big Sean has announced the dates for his upcoming “Unfriendly Reminder” spring tour. The GOOD Music affiliate will be joined on the road by Playboi Carti, Shy Glizzy and GASHI.

Sean took to Twitter to announce the 31-date tour, and also revealed that his setlist will be up to the discretion of his fanbase. “Before I step into this new chapter of music, I was really sitting and reflecting on the past ten years and all we’ve accomplished,” he writes “I had to go back in and listen to all the old mixtapes and albums, and I was like damn man a lot of this stuff didn’t get the true shine.”

The Detroit native continued saying, “I thought it would be perfect to revisit a lot of the old music as well as the new classics on my next tour. I’m gonna give you guys the opportunity to chose my setlist.”

No word on how the voting system will operate, but expect word on that in the near future. Props to Big Sean for thinking outside of the box on this one. 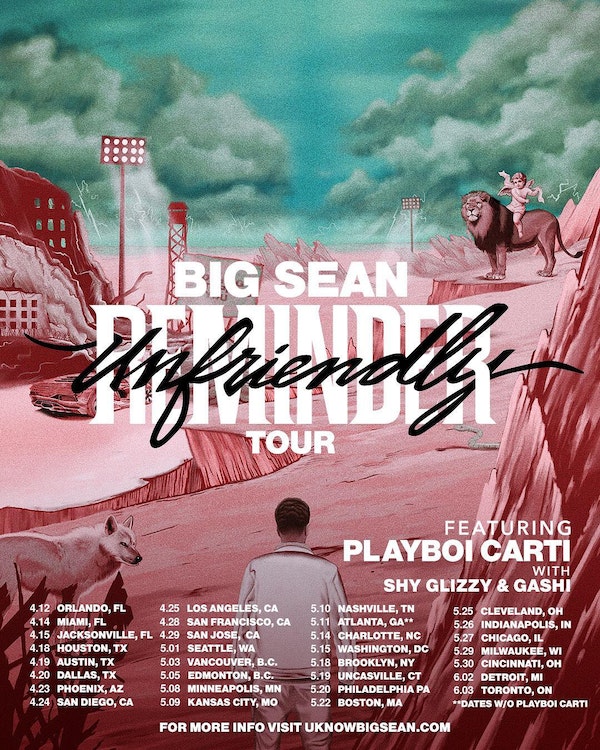