Behind The Video: Lil Mosey – “Pull Up” w/ Yungtada

Yungtada takes us behind the scenes of Lil Mosey’s viral hit. 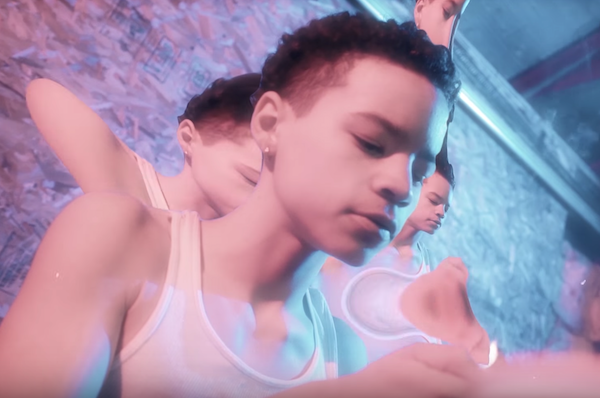 Up and comer Lil Mosey has been taking the internet by storm lately, backed by the huge success of the visual for his hit song “Pull Up.”

Clocking in around 1.6 million views in only a month since its upload on YouTube, the video features an extremely catchy song coupled with a unique and flashy visual to go along with it.

For this Elevator exclusive, we sat down with Director Yungtada to break down his thoughts on the video and his plans for 2018.

First off, congrats on hitting 1 million views on “Pull Up.” How long have you been making/directing videos?

Thank you! Feels super surreal since it’s my first million. It’s going to be two years since I started making music videos. I originally filming skate videos with the homies in 2010.

What were your initial thoughts when the video was finished. Did you think it would blow up to the extent that it did?

I had confidence for sure. It hit all my major points for a great music video in my book. To say I knew it would blow up to the extent that it did would be a lie. Currently it’s at 1.5m and my goal was 20k, so that’s just crazy to think about.

How did you end up linking with Lil Mosey?

Mosey hit me up back in April, we talked prices and songs. Ended up doing the video in November and that’s how “Pull Up” happened.

Do you guys have more videos already planned for the future?

So many videos coming with us in the future. “Pull Up” was really just our warm up.

Other than Mosey, are there any artists in particular you really want to work with coming up?

I’m focused on Mosey right now. I also made a list of a bunch of higher names that I think I can work with this year. I’m focused on branching out and moving into a more major city like Los Angeles or New York. I also need a Famous Dex video!

Do you have any specific directors that have inspired you and your work?

I don’t follow many directors outside some of the top ones in the game right now. I think that allows me to form my own style and stay on the path of originality. Shoutout to Cole Bennett, Lonewolf, Kariuki, and BRTHR. They make content that is impossible to go unnoticed.

What camera are you currently using and what editing software do you prefer?

I shoot Sony, and use Adobe products for my editing software.

What are your plans moving forward in 2018?

I want to transition more into YouTube. I wanna build my own channel to allow me to do things on my own terms. Music videos are always gonna be a part of my life, but I want to push the envelope and do something no one has seen before. Moving to LA is gonna be a big step in what I want to do and allow me to shake hands with people I want to work with.

Max Novak is a Director and FX Tutorial maker. Check out his tutorials over onyoutube