Behind The Tweets w/ Eric Turtle

Learn more about the face behind @dubstep4dads. 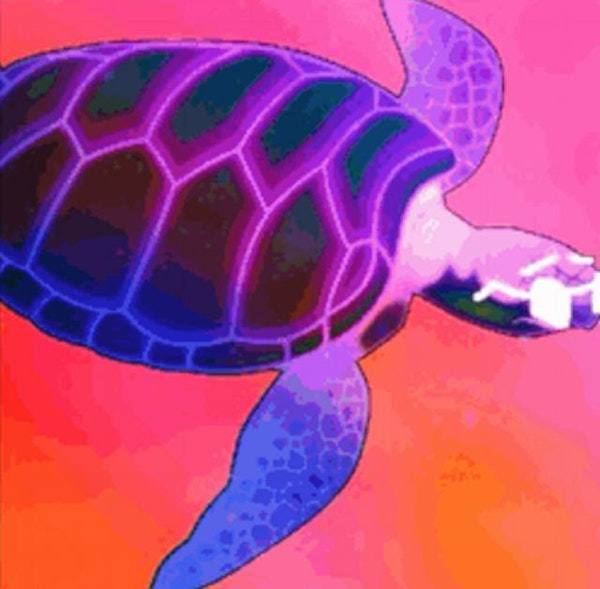 I’m excited to formally announce that Behind The Tweets is back (and more outrageous than ever). The column will continue to highlight some of my personal favorite Twitter personalities, starting with Eric Turtle aka @dubstep4dads.

Chances are you’ve seen his colorful avi float across your timeline at some point, accompanied by a hysterical Tweet with thousands of interactions. Known for his signature conversational theme, Eric Turtle has posted some of the most outlandish and memorable Tweets I’ve seen throughout my eight-year lifespan on Twitter.

Learn more about @dubstep4dads by reading our interview below.

How old are you?

I am 23 now! Which, sadly, feels incredibly old and I don’t enjoy it one bit. I wish I was 12 and still wearing Etnies.

When did you start dabbling in comedy?

I had a local Twitter account around Freshman year of high school where I tweeted shit like “Who’s going to the homecoming game Friday,” “I love my dog,” and probably some absurd rap lyrics. I ended up somehow following a lesser known Family Guy writer, who was often retweeting some funny people that preferred being anonymous online, using weird names and cartoon avatars. I soon came to realize this was “”””””””Weird Twitter””””””””, though the term has evolved in so many different ways and is now applied to college kids who post about vaping or whatever.

One guy who really stuck out to me was an account called @lawblob. He was great. We ended up becoming friends way later on. He doesn’t post anymore, but go browse his account. Anyway, after lurking @lawblob and similar accounts for a while, I decided to give it a try, that was around 2013. (Some similar accounts: @buckyisotope, @fred_delicious, @jonnysun, @spoonicorn. You know, the big guys).

Were you always a funny kid growing up? Describe your sense of humor in middle school days.

I like to think I was funny growing up, but who knows. During middle school I was very outgoing; I really liked to make people laugh and I’d go out of my way to do so. I was kind of a piece of shit too. I was getting suspended so often. There was one time where they searched my locker looking for drugs, which happened a lot, but they only found my notebooks where I had drawn an incredible amount of dicks. Like, a LOT. And though I didn’t have any drugs at the time, they were still angry about the dicks.

I feel like that’s a good description of my sense of humor at the time. Things changed in later high school years. I became much more introverted, and I started not feeling comfortable being the “class clown” or whatever. I also stopped being an asshole. I remember being in my sophomore year of high school and thinking, “Wow, I wish I could go apologize to my middle school principal for throwing up in his trash can.”

What made you take to Twitter with your jokes?

I began not feeling comfortable going out of my way to be funny to large groups of people. There were so many times when I would think of funny things to say and just not speak because of like, some fear that a joke wouldn’t land or something. I didn’t really have that when I was younger. But, I guess you just don’t really give a shit about anything when you’re in middle school.

March of 2013? I think. Or at least that was when I started trying to post jokes. I was on my way to Panama City Beach actually. Me and my family were going on a family vacation to PCB, which is actually pretty weird if you think about it. Also, I was 18 at the time, so there wasn’t much I could do there except drink a slushy with vodka in it and get in fist fights with old men.

How’d you come up with your username?

I don’t actually remember. I just know that I wanted it to be something really stupid and irreverent. I’m pretty sure dubstep music at the time was on the come-down and was starting to be made fun of, which had a big part in that. Also saying the word “Dad” in any context was a really big joke amongst my group of friends at the time back home.

At what point did you start to notice traction/more interactions on your account?

I think it was like, a month or two after I started posting? Rob Delaney retweeted one of my jokes, and I went up about 4,000 followers from that. That was back when a “big tweet” had 800 likes. I think he had 1M followers at the time. Twitter was so different.

I did my best to keep the content consistent after that, and I noticed a much more steady stream of followers. That was a really big push for me. But again, that was when getting 100 followers in a day was unbelievable. Now if I post “my damn fuckin uhhh dick fell off” I’ll get 1k new followers and 8 people in my DMs saying “hey bro, did it really?”

What stages has your avi been through? Any major significance to any of them?

There have been a few stages, I don’t remember all of them though. The last one I remember before the turtle was a picture of Togepi, and I had edited “666” onto his forehead. I don’t really know why. I’ve always been a big fan of Pokémon.

Then I decided to be a turtle, changed my name to “cool as h*ck turtle” and found an image of a turtle on google. Changed the background color to pink. Had that for a while. Then I put sunglasses on it, you know, to make it “cool.”

Then, someone I was friends with online at the time turned it into a .GIF for me. I knew there was a way to have a .GIF as your avatar because I had seen a few people with them, but it was also really fucking hard to do.

Changing it through Twitter didn’t work. I ended up downloading some third-party software that you logged into (it was in a different language) and I made it work through there. So, some program has my password. Whatever.

NOTE: FOR ANYONE READING THIS – YOU CANNOT MAKE YOUR AVI A GIF ANYMORE. PLEASE STOP DMING ME.

Can you remember any specific, real-life event that sparked a tweet; or are they mostly just thought-up?

A lot of things I post have something to do with me or something that’s currently going on in my life, but they’re not very significant. It’s usually just dumb shit. If I’m drinking a Kombucha, I might think of some dumb ass tweet about Kombucha. If I accidentally pull out my gun cause I get pissed off at kickball practice, I might tweet about how I just pulled out my gun at kickball practice.

However, some of it is obviously just completely made up or just some shit I know will catch on because of how it’s worded, like my tweet about cleaning my room and drinking a moderate amount of water. Those things don’t really happen.

Take us through the general process of drafting up a Fire Tweet™.

I don’t really draft tweets. If I ever have a tweet in my drafts, it’s because I thought of it late at night and didn’t want to post until the morning, or I was really drunk and typing something like “that feel when u try to suck ur own dick” and then think “Hm, maybe I only think this is funny because I’m drunk,” and revisit it the next day.

Most tweets are just spur of the moment, I don’t like to sit on them for long because then I start to think they aren’t funny. If I have a funny thought, I try to take it a step further and make it into some sort of content. That’s about it.

Have you been able to make a career out of your online presence/persona?

I wouldn’t call it a career just yet – but yeah, my Twitter account has gotten me several jobs in Los Angeles. I am able to afford living in LA because of my page. I’ve met some really, really incredible people, and some of them are now my closest friends.

one time i bench pressed a 7 year old and launched him into space. he will probably be back soon

I’ve always liked this tweet a lot for some reason. It’s not very funny at all, to anyone, but I really like the idea visually.

Last time I hooped in Moore Gym I was guarding a dude with no socks on and he did a spin move and a smashed Mcdouble fell out his pocket.

This will forever be (in my opinion) the best tweet there ever was, and it will never get those Big Numbers because of how long ago it was posted.