BeatByJeff details his ascension to stardom and friendship with Splurge

We spoke with buzzing producer BeatByJeff about his rapid ascension to stardom and the importance of finding your sound.

Beat By Jeff is on the verge of his “Metro Boomin’ Moment.” I just made that phrase up, but it seems like the best way to describe the earth-shattering breakthrough the 21-year-old is about to have. Jeff is the pioneer of the sparse, no melody, 808-sustained production coming out of Texas and making its way into the national spotlight by way of his closest collaborator, the 17-year-old Splurge. Splurge has had a number of videos premiere on Worldstar and trend well into the millions of views range, with Splurge’s low register, gravely vocals fit perfectly with Jeff’s blown out 808 style.

Every great producer needs an equally great beat tag, and Jeff’s “Aye, lemme hear dat hoe, Jeff!” provided by Splurge, sets the mood for each one of his production placements, which could probably be considered abstract art within the realms of rap production.

None of the attention has phased him, though, as Jeff continues to keep humble and let the world keep blessing him with these huge opportunities. 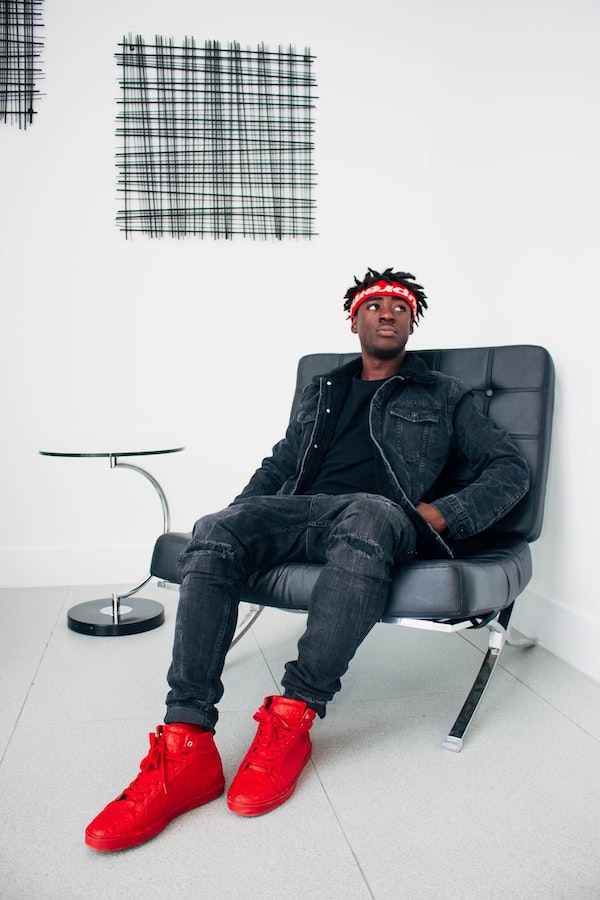 How old are you, and where are you from?
I’m 21 and I was actually born in Kenya and then when I was 11, My family and I moved to Bedford, Texas which is right outside of Dallas.

Your SoundCloud goes back a couple of years, but it seems like there was a definite switch in production style earlier this year. When did you start making your signature minimal beats?

I’ve been producing for like three years but I started making these minimal type beats around a year ago. The first track that was dropped with my minimal type beat was No Hook which had featured Huncho in it.

How and when did you meet Splurge? was it an instant connection through music or did it take some time to start working?

When I first met Splurge he had just come to my house on some shit. He came with Huncho who had booked the session. He hopped on the track with Huncho and a couple others who were in my crib. I thought Splurge was too cold. So I started to scoop him from his crib from where he used to stay at and we’d record back at my crib. We were actually rapping together at first. I would just get him to hop on my songs.

People are pairing you and Splurge together as one of the top producer/rapper duos out right now. How does that fuel you to keep going?

That shit is crazy. Like we never planned it to be like this. But it feels good because I’d never expected it to catch this much buzz, and with Splurge being only 17, it’s only up from here for the both of us.

From an outsider perspective, I would say that you are the new Texas sound. do you ever look at it that way or feel responsible for a whole new wave?

In a way, I do, because this shit was never really like that before. But there’s always gonna be people who are gonna say it’s been around beforehand, and to be honest, it probably was, but we made it hot.

Aside from Splurge, you’ve been working with WETEMUH, Huncho, 10k, Lil Fludd, and plenty of more. How did you link up with the guys?

All these guys hard. So I met Huncho first as I said. I met Splurge thru Huncho. I heard about WETEMUH through Kei Recklezz who’s another local rapper I went to school with who put me on to him. When I started working with WETEMUH, he would bring Fludd around and that’s how I met him and started working with him. 10K and I knew about each other just because so we just DMed back and forth. He was doing his thing with the woah and I had my beats going crazy. He’s going crazy right now though.

You recently executive produced a Lil Fludd tape, as well as Splurge’s No Melody EP. How different is it working on full projects with one artist versus making singles?

I think it’s more fun doing a whole project because you really connect with the artist and develop a certain sound for an entire project instead of doing just one single. I just like getting the work in so, either way, It really doesn’t matter.

That shit is low key annoying. But it’s cool at the same time because that means they’re noticing you. Like they could be creating their own sound though, you know what I mean?

How have you dealt with all the extra attention now that a good handful of your songs are going viral? Are you the type to be very outgoing and are cool with everyone wanting to talk, or are you more the quiet type?

I don’t really feel the extra attention yet. Maybe I should, but I feel the same way and I’m super blessed with everything that has been happening. I am definitely the quiet type and won’t really socialize a lot until I really get to know someone.

I think it’s cool I guess. But at the same time, I really believe in doing your own thing. That’s still something you can do to start getting recognition but you can’t be doing that your whole career. That’s just to jumpstart it.

How did you come to work with Matt Ox? Tell us the story behind “Hop Scotch”.

I linked up with Uzi in Philly and Matt Ox walked into the studio and we just knocked some shit out. I fuck with him though. He a young nigga but he reminds me of myself. The story behind Hop Scotch is really I had just left the studio with Uzi to go back to my hotel and the next day he just hit me up and then I pulled up on him. I actually just recorded him on my computer and that was that.

Does linking with Uzi mean we might have some songs with Uzi in the future?

I fuck with Uzi. He’s really talented and he’s cool people. And I guess you’ll find out.

Are you completely done with Dance Videos or is that something that you’ll do for fun in your spare time?

Not even gonna lie to you I might still do some shit when I get bored if I ain’t got shit to do. Dance videos you just having fun but that’s not my job.

You mentioned you used to rap with Splurge, is that something you still do on the low or have you transitioned into a full-time producer now?

I’m gonna start rapping a little more once everything else takes off. Right now, my main focus is to get the sound right and make sure everything takes off with splurge and myself. I want to be more than a producer, I want to be an artist, businessman, and icon!

Much like a Piet Mondrian painting, Jeff boils down his production style to its absolute bare minimums and then boils it down a bit more. A hi-hat shows up every now and then, and maybe, if you’re lucky, there might be a snare or clap. Jeff’s kicks are loud, long drawn out 808s that fill up the low frequency but don’t border on ornamentation. In a world where production value is reaching critical mass, Jeff is heading in the opposite direction to see how much he can take away before losing the structure altogether. Jeff has become the center point for a whole new sound coming from the Dallas Fort Worth area, much like we look to Metro who helped pioneer his own sound and scene in Atlanta.

Through all this, Jeff is most certainly still a normal kid. He has his group of hometown friends he makes music with, he makes dance videos, and he even dabbles in rap himself. Most recently, Jeff has been the architect for the buzzing Matt Ox hit “Hop Scotch“, and previous to that Jeff went full “viral dance challenge” with “The Woah” and 10k Caash’s “Dip Swag Dip.”