The music community suffered a massive blow to the chest upon the passing of Mac Miller. Through his totally selfless and optimistic nature toward those around him, to fertilizing the airwaves with boundless love and dedication to improving one’s self, we can all agree that his music was a translation of his innermost good – those intentions set positively, both inward & outward. Those who got the chance to know or share those moments in time can strongly affirm this observation, seeing that we all felt intimately connected to him through his vulnerabilities. With the release of Mac’s Grammy-nominated album, Swimming, there was this immediate relief and sense of comfort in the fact that we could now experience and truly feel the connectivity between both projects with his newest album, Circles.

In a statement from the McCormick family, the two albums were noted as “two different styles complementing each other, completing a circle—Swimming in Circles was the concept.” Though most of the instrumentation and the final mixing/mastering was brought to completion by record producer and composer, Jon Brion, the album also was laced with a series of great contributions including legendary bassist MonoNeon, formally known as Dwayne Thomas, whom previously played with late musician Prince. MonoNeon reached out to share this moment, looking back and appreciating the personal exchange between Miller and himself which truthfully lead to a beautiful collaborative moment; one that will be remembered and honored for generations to come. 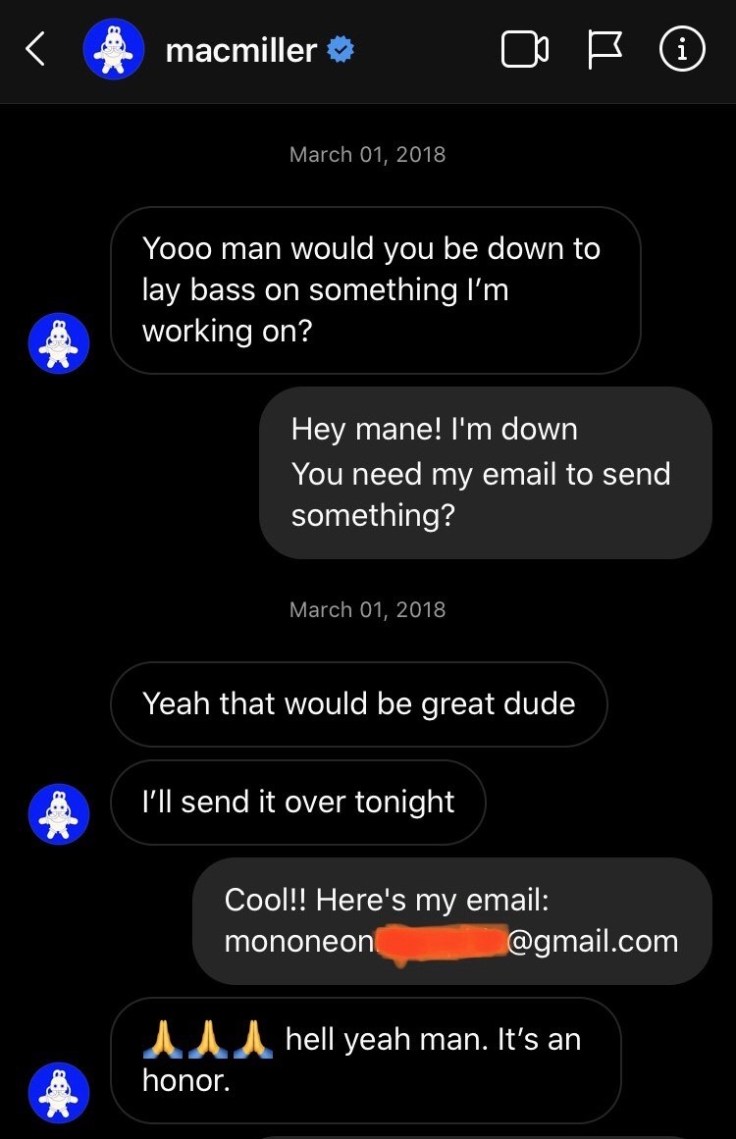 “This is super special for me mane!!!” says MonoNeon, expressing his respects and gratitude in a short excerpt. “Mac Miller messaged me on Instagram out of the blue on March 1, 2018 asking me to record bass on a song that would be titled, “Complicated”. When he emailed the track for me to work on the next day (March 2nd of 2018), I didn’t think much of it ever being released. I was just excited to collaborate with Mac in some way. I was so excited that I ran into my mom’s room jumping around & telling her, “Mac Miller wants me to record bass on his song, hell yea!”—not knowing it would be one of his last recordings. Unfortunately, me and Mac didn’t get a chance to meet in person, but Mac showed me love and I’m grateful for that!”

Months before Mac passed in 2018 he sent me the song “Complicated” to play bass on. We didn’t get a chance to meet in person which makes even more sadder for me hearing the finished recording. But Mac showed me love and I will remember him for that! Thank you Mac Miller! 🤍🖤 #MacMiller #MonoNeon #Circles #Complicated

Check out MonoNeon’s bass work on Mac Miller’s “Complicated” below: