Step into an abandoned church in the new visuals below. 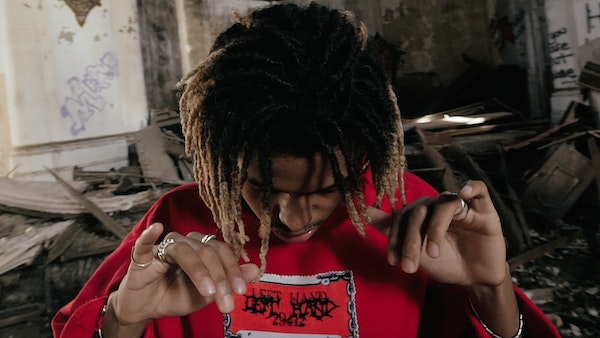 Whether you’ve realized it or not, St. Louis has one of the most rapidly growing hip-hop scenes in the country. The midwestern city had previously been overshadowed by Chicago’s prosperous urban community, but has emerged as a force in itself over the course of the past few years.

Anwar is amongst the many leading St. Louis’s renaissance, nearly surpassing the 30k view milestone on his recently released video for “Loner 2 Stoner.” Today, the young emcee returns to our pages to debut a new pair of visuals for “Hallelujah,” an experimental masterpiece that’ll leave your mind in a trance.

“Hallelujah was made last year around a time when I was high out of my mind with my friends,” says Anwar of the hypnotic record. “We would technically celebrate with drugs, and I felt like everyone was doing them as a ritual.”

“I created this song to glorify drugs, in a negative or positive way,” the rapper explains. “The video was in the abandoned church to emphasize the importance of what I was rapping about, as if I’m a preacher or something.”

Step into a decommissioned church in Anwar’s new video for “Hallelujah,” directed by Marcus Wright.