The hour-long compilation is well-worth your time. 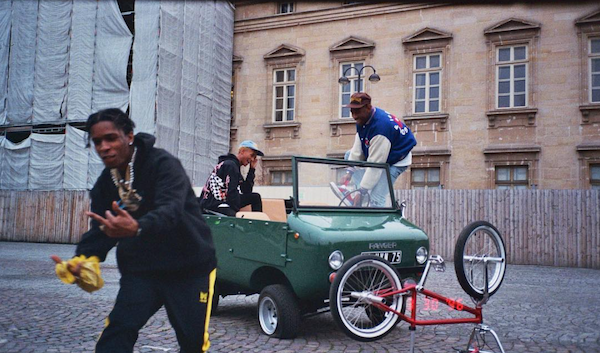 The internet nearly breaks every time that A$AP MOB drops a new AWGE DVD, and at long last the third installment has arrived. As usual, AWGE DVD VOL. 3 showcases work from some of the most gifted creative minds in the realms of music and film, including humorous skits and previously unreleased content. Notable contributors on the visual side of things include Lonewolf and HidjiFilms, both earning the status of kings at their respective craft. Maxo Kream, Kanye West, and the late Fredo Santana and XXXTENTACION are some of the many musical guest appearances.

Two clips from the nearly hour-long compilation film have already been released as independent music videos in “Crazy Brazy” by A$AP Rocky, KEY!, and A$AP Twelvyy, and a previously unreleased track from Rocky and Tyler, The Creator entitled “Potato Salad”. The track seems to be off of an upcoming collaboration project between the two called WANG$AP, as hinted at by a teaser at the end of the video.

Sit back and take in an overwhelming amount of boundary-pushing content by streaming the entire AWGE DVD VOL. 3 below, or simply check out the two music videos that have surfaced from it underneath that.