Music Videos
May 4, 2019
Atlanta Rep, Lil Gotit Flexes It All In His Stylish New Video 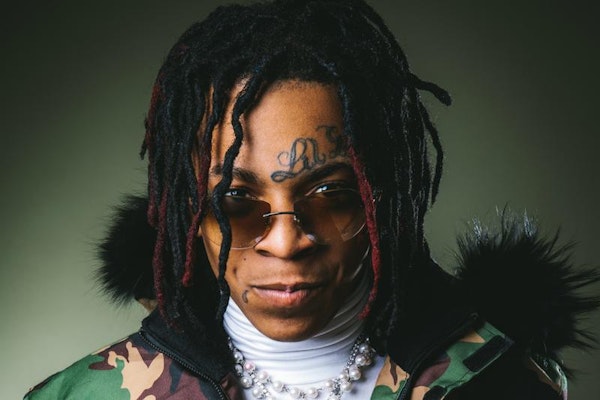 Atlanta rapper, Lil Gotit has been one of the most buzzing young rappers since his coming out party at A3C, last October. Since then, he’s dropped banger-after-banger, became a viral star for his interviews and effectively carried the YSL flag while Young Thug and Gunna tour their recent projects. Continuing his hot streak, the ATLien links with popular Hip-Hop entity, Daily Chiefers for his brand new video for, “Lil’ Ralph”.

Directed by Diesel Films, the video is set to the scene of an empty photo studio, where Gotit and crew sip lean, flex a foreign whip and just overall showcase how much more money they have than you. Throughout this, Gotit also showcases how much better he is at rapping than you, by shifting through different cadences like Pro Clubs while providing clever one-liners to fill in the gaps. Buoyed by the production from Beyondrich YT, Gotit proves yet again that he’s here to stay, and he’s going to keep serving hits.

Watch the video below and get familiar with one of Atlanta’s hottest up and comers.