“I ain’t really fucking with that been trill”

A$AP Rocky recently dissed the clothing brands Hood By Air (HBA) and Been Trill in his latest video/single This had a lot of people wondering why the Harlem ryhmer was dissing brands he used to endorse, Rocky started a trend for those two clothing brands. Today he sat down with Cut.com and discussed his reasoning for the lines. Read the full interview below. 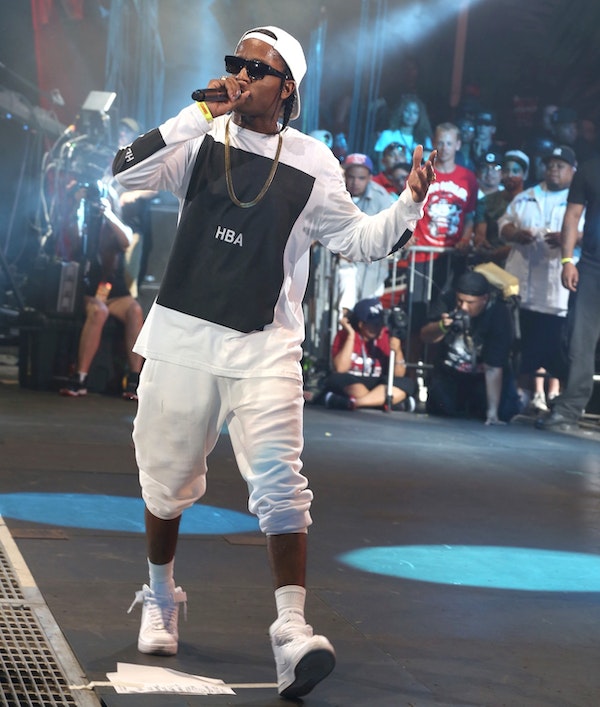 This conversation about Hood by Air: Do you think they are weak? Did we misunderstand?
No, there is no misunderstanding.

Why did you say that?
Because I can. I birthed it, so I can kill it.

[Regarding] the Hood by Air line on your album, was there anything in particular that happened? That made you feel like the stuff was weak?
You know, fashion, it changes. Your perception of fashion sometimes changes; one day is red, the next day is blue. My style changes, it varies.

So you weren’t as into it anymore.
It is what it is. HBA shit is weak.

Will you work with those guys again?
I don’t know.

How about Been Trill? [On “Multiply,” Rocky also says, “I ain’t really fucking with that Been Trill.”]
That shit is wack, too.

Anything in particular?
I’m going to put it to you like this: I can say that I’ve been scrutinized for my fashion since I was about 15 years old. A lot of people got it easy. I feel like I had to go through the whole Civil Rights Movement just to be comfortable, to make other people comfortable, to be able to wear what they want to wear, and a lot of dudes are just claiming to have it without having to have that sacrifice or suffering through all that kind of shit. We’ve been through that kind of shit. That’s all I can really say about it. It is really miniscule. It’s no real beef.

What do you mean, you’ve been through everything?
No, meaning the way that I look now, this wasn’t acceptable about 12 years ago in the hood. [He’s wearing a closely tailored black suit.] Because we’ve always been dressing like this and it wasn’t acceptable and we made it acceptable.

And there is an aspect of those guys that doesn’t get that?
They changed. They look like me now. Or at least they try to.

The Hood by Air folks.
I’m not even talking about them at the moment; I’m talking about regular, typical motherfuckers, people in the hood, in middle America, all around the world.