Rocky’s latest visual is a must-watch. 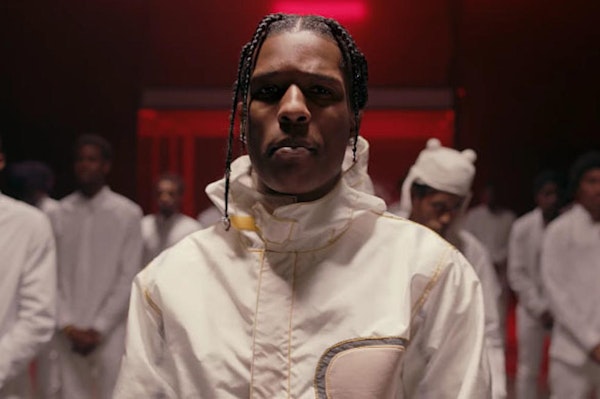 With the back to back visual releases that range from “Fukk Sleep” to the Tame Impala sampled “Sundress” to “Gunz N Butter”, ASAP Rocky continues his string of visual stimulation, now dropping the official music video for “Tony Tone”, which appeared on his studio album TESTING that dropped earlier this year in May.

Beginning with nostalgia, birthday candles light the first scene of the video as a child’s birthday party takes place. During this, Rocky is in the back room with a woman smoking, laughing and enjoying the company being shared. Suddenly, a group dressed in all white comes into formation before a panel of judges. The song takes off with this scene, as clips of Rocky and friends doing wheelies through New York appear. Rocky is then seen dressed in all white as well, as he makes his way to face the panel of judges directly. 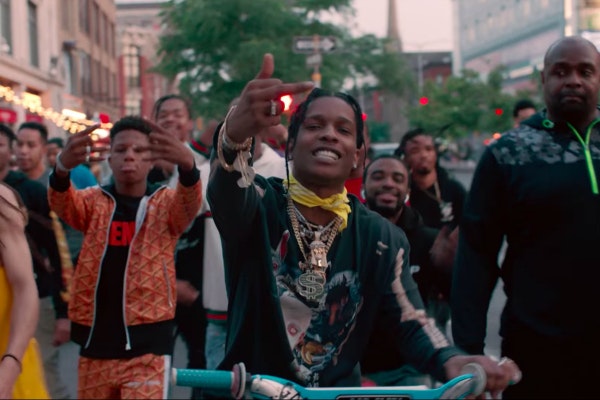 “I could give a fuck about a list/I could give a fuck about a diss..” Rocky raps confidently, alluding to the fact that he is not phased by what others may think, feel or assume. The AWGE-directed video is another testament to Rocky being a stone cold visionary when it comes to his visual execution and production, as the faces of the judges on the panel look trippy and surreal, facial features being exclamatory & far off from normal. Mobbing down the street with his click, Rocky also calls out rappers who have the tendency to fake flex with money, cars, & jewelry—with him seeing all of the above as “regular”. The use of colors manipulation and abstract camera angles, we reunite with that hallucinogenic aspect that we all know Rocky to consistently bring.