ASAP Bari has responded to sexual assault allegations after a video clip surfaced of the VLONE affiliate seemingly forcing a naked girl out of bed. Last night, the Mob affiliate shared a statement via Instagram which can be seen in its entirety below.

Pretty sickening that there still hasn’t been an apology issued from Bari’s end. To say the least, it’ll be interesting to see how this case continues to play out. 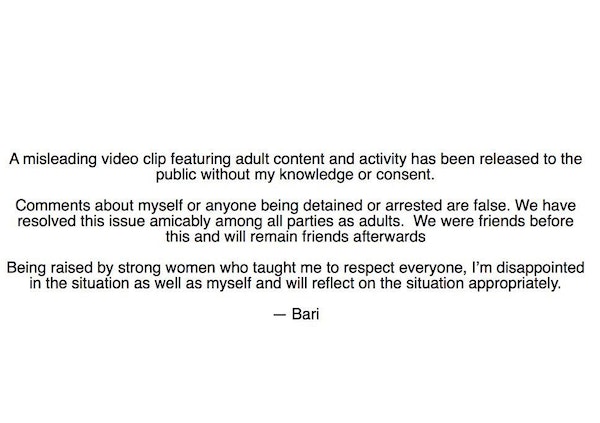