I may be a bit late to this guy but yesterday my brother put me on to Parker formerly known as Dumbfoundead. I liked what I heard right off the bat so I did a little digging and thought it was

I may be a bit late to this guy but yesterday my brother put me on to Parker formerly known as Dumbfoundead. I liked what I heard right off the bat so I did a little digging and thought it was only right to introduce the Elevator audience to a dope independent artist who is currently reinventing his brand. 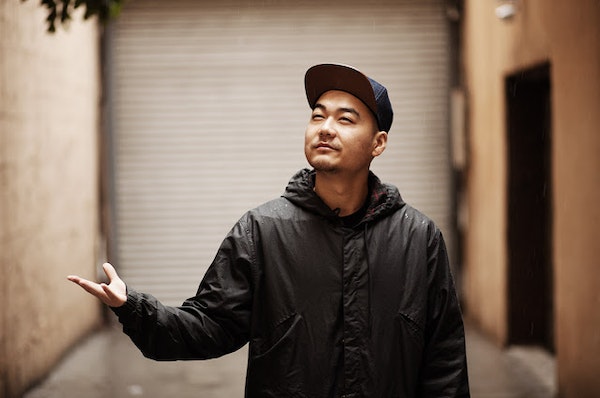 “Born in Buenos Aires, Argentina[1] to South Korean refugees, Jonathan Park (Korean name: 박성만 Park Sung Man) was smuggled in along with his sister by his mother to Mexico, and then later settled in Koreatown in Los Angeles at the age of three. He was often seen as a class clown by his peers at an early age, and was exposed to hip-hop at age ten upon entering a community center in MacArthur Park and meeting emcees such as Mark Luv of Zulu Nation, Poppin’ Chuck, Cre8 RTN, and Ezrock.[2] This first experience with hip-hop allowed him to develop the technique of freestyling and to educate himself on hip-hop’s history and roots. A year later, he was taken toProject Blowed, an open-mic workshop located in Leimert Park in South Central Los Angeles, by a high school friend. There he would continue to hone his abilities as an emcee amongst the influence of “Blowdians” such as Otherwize, Riddlore, Nocando, P.E.A.C.E., and many others, eventually earning the title of “Blowdian” himself.[2]

Park dropped out of John Marshall High School in his sophomore year, as a result of frequent truancy. After dropping out, Park moved into a one-bedroom apartment in the MacArthur Park area with his sister. Prior to initiating a full-time professional music career, he worked as a bail bondsman, among many other odd jobs in order to support the finances he needed to pay for his home.[3]” via WIKI

Parker has tons of music out with quality visuals, his own web series “The Hotbox” and a bunch of dope Vlogs. Over all I would have to say Parker has one of the dopest YouTube pages of any artist I know about. Check out this recently released visual for his track “CLEAR” and make sure to follow Parker on twitter.