I was running late the first time I met Chicago jazz and soul songstress Lili K. outside the Elevator offices. Literally running. I was doing a full out sprint from the bus stop on a seemingly beautiful day in Downtown

I was running late the first time I met Chicago jazz and soul songstress Lili K. outside the Elevator offices. Literally running. I was doing a full out sprint from the bus stop on a seemingly beautiful day in Downtown hoping she would still allow me to interview her despite my makeup dripping down my cheeks. Then of course, in true Chicago unpredictable weather fashion – the second I arrived and extended my sweaty hand to make acquaintance it started pouring rain on her freshly pressed hair. Quickly and earnestly, in her signature heart shaped smile and wide blue eyes she chuckled and said, “Chicago man. What are you gonna do?” 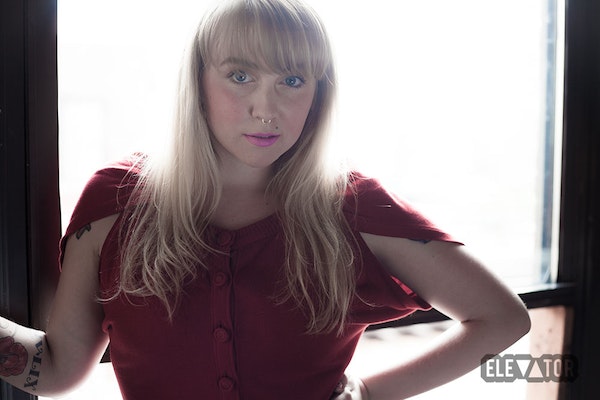 Lili K. began paving her way in the Chicago music scene in 2010 and with her neo-soul debut EP, A Prelude To Hello, executively produced by and created with partner in rhyme Peter Cottontale in just one month. The two met by chance while she was attending Columbia College – “He was playing in a band that I was working with and someone suggested he play a certain part in the song we were arranging. We developed a really great friendship and were inspired to branch out and develop a new sound inspired by our favorite jazz recordings and his favorite producer, Dilla. I think we were lucky to have found each other.” 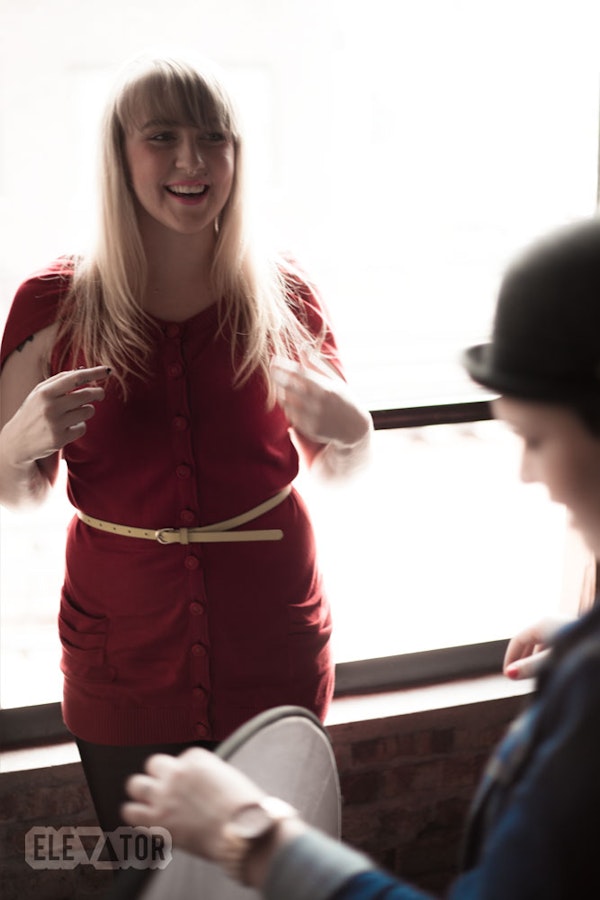 She developed a passion for music early on – especially soul and jazz. “Jazz just struck a chord with me. Ha! [While making an air drum].  My Mom played Motown when I growing up and when I really started to get into singing my middle school choir teacher was a gospel singer.”  Her voice – a distinct, low, sultry hum was nurtured and developed throughout middle school and high school until she discovered the sound she had been seeking. “I knew I didn’t have that super loud, powerful voice and I’ve grown to accept that. I knew I could sing well but when I heard jazz and I had an epiphany and I said to myself – this is what I sound like, this is it.”

Whether or not you think you’ve heard Lili K. – you have. Even if you didn’t know that you have – you more than likely have. Check those hip-hop mixtapes in your iTunes. Chicago’s steadily growing hip-hop scene has embraced Lili K with ease and she has rapidly become an instant classic (and almost vintage sample sounding) and the go-to-hook on critically acclaimed projects like Chance The Rapper’s, Acid Rap. “The hip-hop scene in Chicago is so accessible and the most prevalent and it’s the opposite with the soul scene because it is so small. My main audience doesn’t find their music on blogs and the Internet so it’s about working with people, doing showcases, and turning a crowd into jazz fans. I’ve definitely snagged a bunch of hip-hop fans, which is awesome.” It’s evident in her music that there are some heavy hip-hop influences but nothing quite as prominent as her signature jazz and soul harmonies. 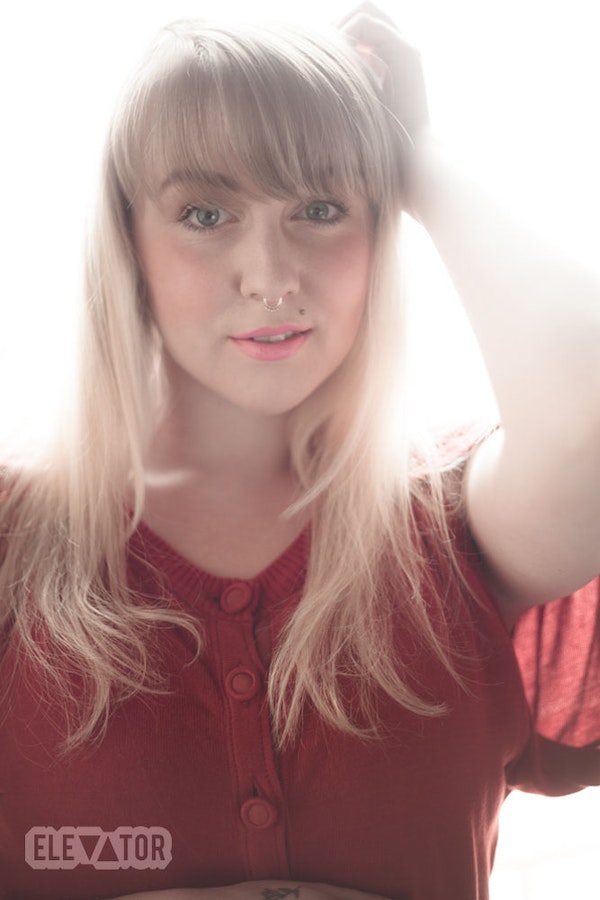 Coming off the success of her recently released EP, Metal Petals, she and Peter Cottontale are back in the studio working on her new, fourth EP titled, My Favorite Things, which is officially set to be released on July 1st.  “My Favorite Things is a jazz standards album – songs from the 1920’s and 1930’s that were performed by legends Ella Fitzgerald, Frank Sinatra, and Billie Holiday. Me and Peter [Cottontale] are taking these songs and adapting them to our jazzy, neo-soul, poppy sound.”

Jazz standards are essential to the repoitire of a jazz musician. They are widely known songs that are recorded and performed time and time again – by jazz musicians and many others. But make no mistake – My Favorite Things is not an album of covers. “None of it is original writing but the arrangement, melodies, and chord progressions are all changed. It will still be that song, but it is so that different.”

Lili has always wanted to do an album of standards because she came up performing them – they’re her favorite songs. “It has always been re-done. Artists like Amy Winehouse and Raheem DeVaughn – who will actually be on a track on My Favorite Things – recreate jazz all of the time and they do it well. People know the songs but they don’t always know that they do.”

My Favorite Things will feature live instruments such as live drums and live trumpets from Greg and Nico from Chicago group Kids These Days and live keys from famous Chicago jazz pianist William Kurk. My Favorite Things, her fourth EP, will be released on July 1st – her 22nd birthday. “These are my favorite songs, I am so excited for you all to hear them.” 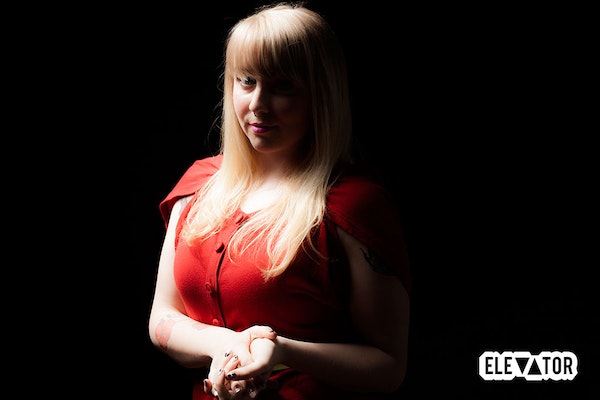 Throughout the course of our interview I also got the privilege of getting to know a few of Lili K.’s favorite things:

Favorite Five Celebrities To Be Stuck In The Zombie Apocalypse With: Well – D’angelo, of course. But he has to have the guitar so we can make music and jam out.  Next I think would be Waka Flaka because I feel like we’d have a lot of fun and he has really cool hair.  I would also need a good and tall athlete but I’m going to go with Andre 3000 – so we could make more music.  And I would need some ladies on there so definitely India Arie because she’d keep me peaceful and she would be very calming. Me, her, and D’Angelo could all make some amazing music. Then for my last one I would pick ?uestlove because I met him once at an event with my sister and the rumors are true – he does smell like pancakes. 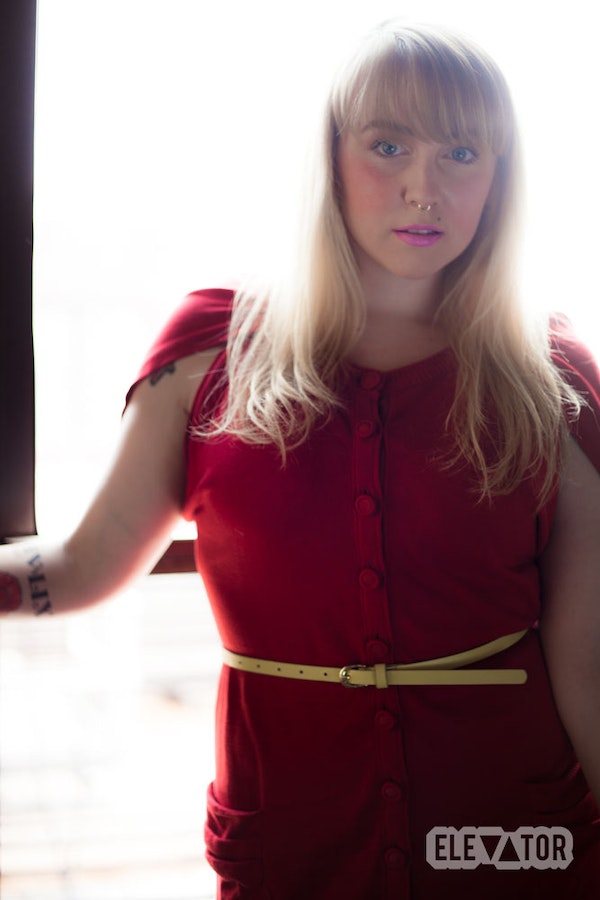 For all things Lili K. visit her website here and buy tickets to her two upcoming Chicago shows:

Briggie Smalls is a freelance contributor for Elevator Mag and freelance writer for IXI Chicago – follow her on Twitter.