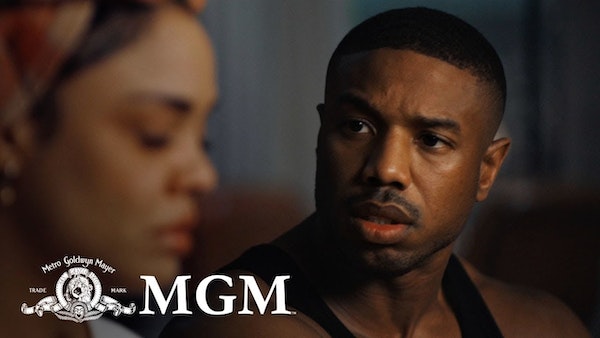 Neo-soul songstress, Ari Lennox and American record producer & rapper, J.Cole, have teamed up with an entrancing collaboration for ”Shea Butter Baby”, a track to be featured on the soundtrack of Creed II. Creed II is a drama-sports film, geared up with a plethora of critically acclaimed actors from Sylvester Stallone, Michael B. Jordan, & Tessa Thompson just to name a few, set to be released in theaters near you this Wednesday, November 21st.

As a teaser, a lyric video has been released for “Shea Butter Baby”, showing clips from the film itself. The scenes revealed through this video create an excitement that is uncontainable, especially with Ari’s voice gracefully playing over the visual. The way Ari and J.Cole’s lyrics are situated with each clip from the movie is truly stunning and captivating, as we know this film is going to evoke much emotion as felt and seen through these conceptual moments. As the song progresses, J.Cole comes in quietly harmonizing, only to then deliver nothing short of riveting, sharp & witty bars, completely obliterating his segment on the track. Ari and J.Cole create a nice balance together, as Ari takes a more soft & soulful approach, meanwhile, J.Cole comes through ripping through his verses menacingly.

With the soundtrack being produced by Mike-Will-Made-It, we can expect to see legendary appearances from Lil Wayne, Bon Iver, Pharrell Williams, Young Thug, Vince Staples & Ella Mai, along with many other extravagantly talented artists & musicians since the list is pretty lengthy. Anxiously enough, we foreshadow this combination of musical and film production to do extremely well in box offices as well as the charts, creating a lasting impression on the careers of each musician and actor involved, as well as their audiences. Awe-inspiring and spectacular: to say the least so far.

Press play to get a short preview below: