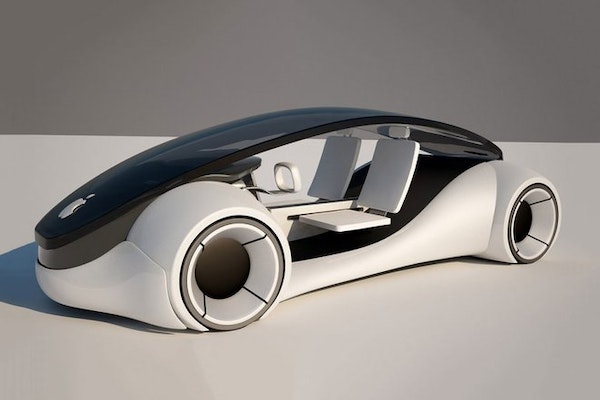 I already told you my gripe with Apple when they announced all those new products a couple weeks ago. Apparently they read it and doubled down, because now they’re building a CAR?! Now I’m not going to have any money through 2k19 and beyond. Ok, full disclosure, Apple’s been working on this for awhile under the moniker Project Titan. Now they’re ready to triple their electric car-focused team from the 600 already working on it. Sounds serious. The car is rumored to be semi-autonomous aka it’s kind of a robot.

AppleInsider exclusively reported last week that Apple has been poaching Tesla workers to push its “Project Titan” forward. The hiring has apparently been so extensive that it has negatively affected Tesla’s own internal product development.

And AppleInsider’s own sources have indicated that Apple may be forced to partner with an established automotive manufacturer as it looks to bring its own vehicle to market. Specifically, the company is said to be eyeing property it recently purchased in San Jose for development and potential manufacturing.

Even Apple’s legal team has played a part, as it was recently confirmed that attorneys representing Apple met with the California Department of Motor Vehicles to discuss laws surrounding autonomous vehicles. Putting a self-driving car on the road would require Apple to make public disclosures about a future product, but if the first model launches in 2019 without driverless capabilities, the iPhone maker could theoretically keep the project under wraps until it’s ready to make an announcement.

Rumors have persisted throughout 2015 suggesting that an “Apple Car” is the Cupertino company’s next major new product category. It’s been speculated that Apple is looking to develop a self-driving automobile to compete with other projects currently in the works from traditional automakers, as well as Tesla, Google, and even Uber.

AppleInsider exclusively reported earlier this year that the bulk of “Project Titan” development is underway at a secretive facility in Sunnyvale, Calif., known by the code-name “SG5.” Evidence suggests that a shell company known as SixtyEight Research may be a cover for Apple to help conceal its true operations at the Sunnyvale garage.