Luv Is Rage 2 proves to be a worthy successor. 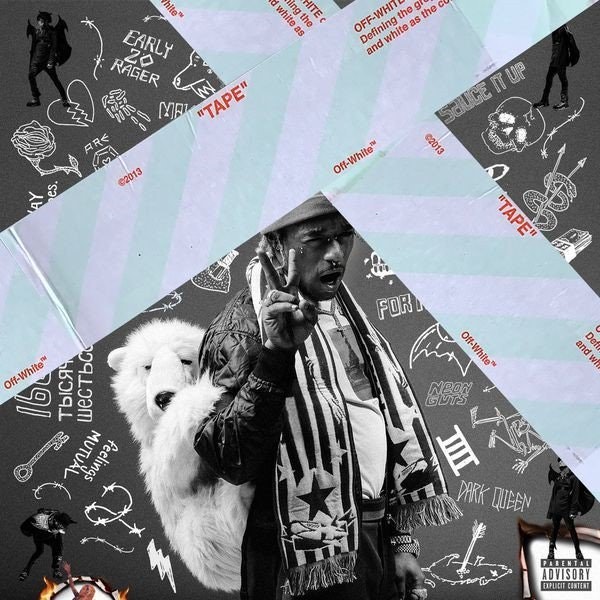 Lil Uzi Vert’s fixation with emojis finally makes sense in the context of his new album “Luv Is Rage 2.” That’s not to say that there’s an explanation on the contrary, there isn’t one — for anything. He’s an early 20 something, raging aimlessly, fucking thots, and not-wanting his ex. The album reflects his maturation of teenage angst with a larger budget and loftier sound. If Luv Is Rage was the caterpillar, Luv Is Rage 2 is the newly emerged butterfly garnished in heart and flame emojis.

The album’s backbone is interpolate with women’s influence — most particularly, encounters with femme fatales. Uzi divulges his recollections on wax, explicit in sexuality and frankness.

The opener kicks off the rendezvous at the shriving pew on a different note — acknowledging his prestige as one of millennial rap’s elite. On Two he winds in his initial wailing to set the facts straight. “Yes, I’m the one that really started all this/And you know I changed a lot of you niggas/ In a matter of months I raised a lot of you niggas,” he croons with malevolent glee. A chorus of having money and power aside, the depths that the track goes to explain away Uzi’s mental workings make for an interesting listen. The third verse opens with the lines “Yeah the famous life it’ll eat you up alive/It’s a game and I put my feelings to the side,” repeated twice to garner emotional impact.

If you thought that XO Tour Life signified a turn in Vert’s musical substance towards depression, a la Lil Peep or XXXTentacion, you’d be forgiven. The project, when not obsessing over the negative aspects of seducing women, glamorizes the life of a rapper — a profession that Uzi openly admitted to hating in a cover story with The Fader. On No Sleep Leak, a chorus dominated by “I was broke yesterday/I was rich by the morning” reinforces the idea that Uzi’s in a happier place despite outside forces trying to pull him down.

The production, which could be described as one-note to those not wise in the ways of Uzi’s modus operandi, is consistent with what works best for him. Often times, production becomes so big that the beat, as well as the producer, come to define the song itself. Uzi rises above the often times fast-paced background music to become the face of the song. Feelings Mutual is a great example of this, with the sweltering beat — as incandescent as it is loud— supplementing Uzi’s fierce message. Outside of the sonic confusion made clear in the hazy production of X that seems out of place in the grand context of the album, everything fits in tightly.

Pharrell Williams pleasantly surprises with his involvement in the track Neon Guts. He delivers a song-stealing verse amidst bouncy production that perfectly components Uzi’s obtuse style. If Uzi were to head more towards this direction and away from the outskirts of a mallcore/rap amalgamation, he could be even more successful than what he currently is.

Though it could use some slight trimming, Luv Is Rage 2 is a worthy successor of Luv is Rage. It encapsulates what fans have grown to love about Uzi and also introduces new aspects of his character to further his own growth. Initial fears about depressive and gothic rap give away to a confessional style album, peppered with braggadocios stylings to keep things from getting too morose. Let’s hope that the inevitable inclusion to the Luv is Rage trilogy features more collaborations with Pharrell Williams. He might have just did something.