The Staten Island buzzmaker talks being an introvert & more. 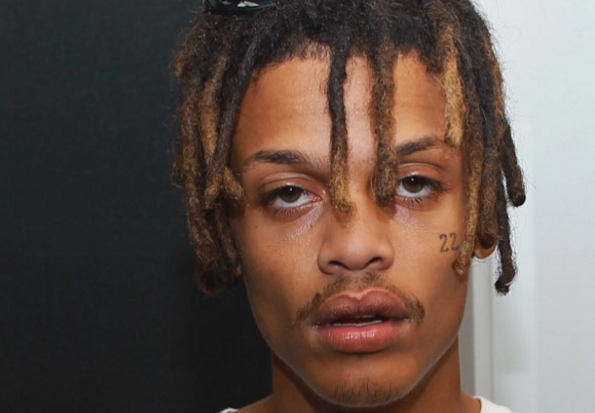 Staten Island emcee Squidnice broke onto the scene in early 2017 with the release of his single ‘Trap By My Lonely.’ The single was destined for success, as an overarching confident sound was used to enhance rather depressing undertones – an undeniable formula for hits.

After accumulating millions of streams cross-platform (the song currently has more plays on Spotify than YouTube – an unlikely ratio), the 20-year-old has established himself as one of the underground’s most captivating contributors. Though you may recognize Squidnice from a viral meme featuring his childhood photo, the tatted New Yorker’s growing discography is proving to keep his name in the mouths of avid rap enthusiasts across the country.

Learn more about Squidnice’s come-up in our exclusive interview below.

You describe yourself as gangster, but a nice guy. Do those two sides of you ever conflict?

Yeah, of course. Sometimes you wanna not be so nice all the time, or help an old lady across the street; but you gotta keep up with the niceness to be a public figure.

Do you think you’re one of the first to show the world the dark side of Staten Island?

Wu-Tang did first, but I’m the only one doing it from this generation.

You’re trying to set an example to keep people out of jail in your hometown. What is your message to all the kids out there that might be starting to get into illegal shit?

Don’t get caught, haha. Don’t be outside doing stupid shit.

What other artists from the Island are currently making waves?

Lite Fortunate, Lou The Human; it’s a bunch of people doing it and I embrace it all. At the end of the day, it makes Staten look better and stronger.

Everyone knows about the “if he’s five, I’m five” meme. Have you been a lady’s man from the womb?

Actually, yes. It’s been totally like that since I was younger

When did you get into modeling? A lot of rappers are fashion icons, too. Is that something you strive for?

It happened by accident it started last year. I strive cause I mess with fashion, but I ain’t a model.

You keep it real. Is that why you can talk about being a gangster but also spread a message of love and peace?

“Sometimes I trap by my lonely,” why is it that you have to separate yourself from people sometimes?

Like I was just telling my manager Hovain, I’m a introvert and sometimes I feel too woke for niggas my age.

You’re a lot different than people in your neighborhood. Did it take until your glow-up for them to listen and respect you?

Naw, not even a little bit. I needed my neighborhood and my school to help me threw it.