An Interview with Khary 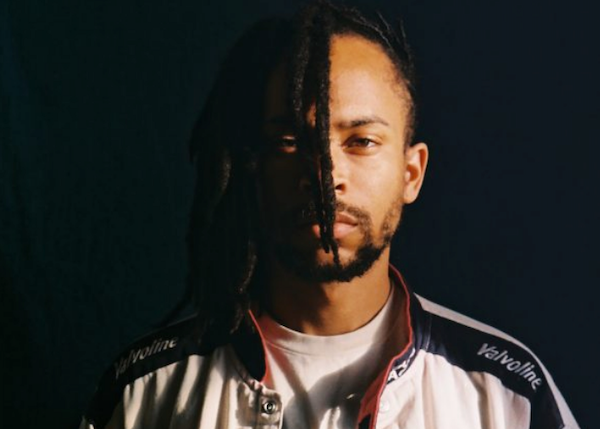 Khary has been intuitive in building his fan base on the back of highly crafted music and his very personable touch to his interactions. With modest beginnings, Khary has positioned himself for national success with the reception of his two latest projects ‘Tidal Graves’ and ‘Intern Aquarium,’ which combine for over 6 million plays cumulatively.

Take a dive into a conversation with Khary below and don’t miss his current single ‘Captain.’ 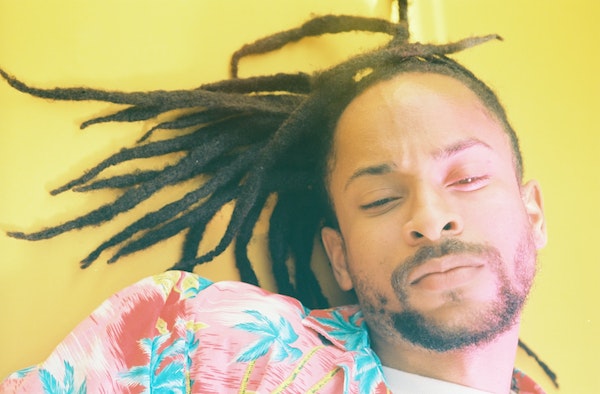 Who are you and what do you do?

My name is Khary and I’m a creative. Rapping is currently my main art form and I happen to be pretty good at it.

Originally from Rhode Island and now you’re found in NY – but you shout out your upbringing a lot in the music. What does RI mean to you and how did it help shape who you are today?

Rhode Island is like that old baseball glove that you saved from when you were a kid for me. It no longer fits, but it was an important piece in my upbringing. It’s where I first started rapping and honing my skills.

Coming from a small state that hasn’t seen much major music success or gained that much attention, how did you navigate your own way? Did you eventually find a mentor of sorts to show you the ropes, or has it been a lone wolf approach?

I learned early on that there was no music industry advantage to living in Rhode Island. I needed to learn how the business worked if I was ever going to have a chance pursuing a career. I always knew I would eventually move to New York and once I got a taste of it I dropped out of college and relocated. I never really found a direct mentor because I’ve always been so headstrong but I observed how a lot of people moved and tried to stay close to what was happening.

What’s your first memory of rapping in Rhode Island, was there a local community to hone your skills or was it more of an individual path?

There was definitely a local community, it was just a bit scattered. I got in with an older hip-hop purest crowd and used to open up for washed up rappers from the 90s. Some of them were actually underground legends like Canibus and Apathy.

Did you expect the reception of ‘Intern Aquarium’? When did you notice it start really taking off, or what were your expectations going into that project?

I couldn’t have predicted 100% that the project would have taken off the way it did but I knew that it was something special. I had stopped going to industry parties and just focused on making better music. This is back when Soundcloud was still popping and I had a lot of support from that community too. The only thing missing from that project was a video for “2AM Thirst Ballad” and the fact that I couldn’t put the whole thing on Spotify/Apple Music. I wholeheartedly believe it would have blew up 10 times more than it did.

Do you think the landscape of Soundcloud as a platform has changed, and how do you think it changes the way you use it going forward?

I mean it’s obviously not what it used to be. It’s lost that community aspect and labels have poached a lot of the real talent already. People aren’t reposting like they used to. I just put music up there for the fans I already have on there and try to convert them to other platforms.

Did you get bit by the sample bug? If so, what’s your opinion on samples going forward?

Yeah, it was samples for the most part and I didn’t know how to go about clearing them at the time. I might go back and see what I can do about some of those songs but I’m ready to move forward to new things.

You’ve taken a really personal approach to your relationship with your fans, by being vocal on Twitter, self-reflective in your lyrics, and your “vlog” style music videos give your base a good look into the true representation of your life. What do your fans mean to you, and how do you view that outlook towards your public voice?

Right now I do all of this because it gives them an actual person to root for. People have to feel a real connection to truly invest in you and when they get to see you working on songs, performing (for big and small crowds), and really putting your heart into this shit they will do more for you. If you win, they win. It’s no different from a campaign for president to me.

At times, I feel like I’m too accessible though. So I dial it back a bit but I think it’s all about having a balance so that you don’t get lost in the sauce.

Building off of ‘Intern Aquarium’ into ‘Tidal Graves,’ you’ve connected as a one-two punch with Lege Kale, who’s from Ohio. How did a kid from Rhode Island and a kid from Ohio link up?

As Timmy Turner would say, “the internet.” Lege produced one of the biggest tracks on IA (“Find Me”) so we linked up to give our fans more of that but ended up making some experimental music. I used autotune for the first time and kept myself open to explore sound with no limits. Lege is a fucking genius with the beats and it really challenged me to get better.

Outside of Lege, there is someone a little more behind the scenes. Who is Mike Irish?

Mike is my engineer and another genius with this shit. He understands sound on like a mathematical/theoretical level that is far beyond my comprehension. He keeps me sounding crisp and we bounce ideas off of each other until it’s right.

What is the one sentence description you would give about yourself to someone has never heard your music?

What can we expect next?