We caught up with the Def Jam signee at Rolling Loud. 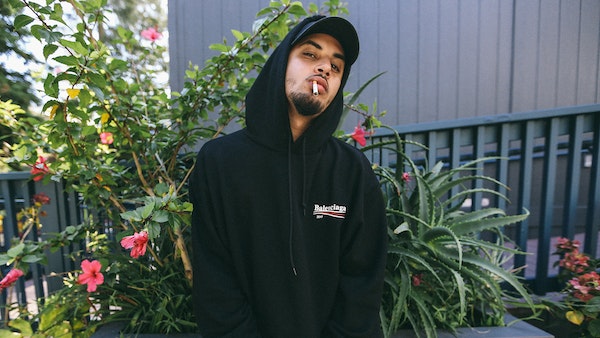 Amir Obe is the architect of his own distinctive yet ever-evolving sound. His sonically diverse catalog showcases his incredible versatility while staying true to himself. His most recent project “None Of The Clocks Work” is a seven-track masterpiece that toys with the very concept of time itself while delving deep into Amir’s own emotional journey.

The album finds Amir in a stream of consciousness, speaking on past relationships, his future and what it all means anyway. I recently had the chance to catch up with the enigmatic star this past weekend after his set at the first installment of the Rolling Loud Festival in the Bay. Though brief, our conversation offered rare insight into Amir’s creative process, love for production and need for silence.

From your first project “Detrooklyn” until your most recent “None Of The Clocks Work’ how do you feel your sound has progressed?

I really try to take leaps with my sound on every project, try something new each time. I’m always looking for fresh approaches to music. This new project was very personal for me so it’s great to see people singing along. Everything came together very organically and I just spoke on what I know. It ended up being short and sweet, but that’s the way I wanted it.

You said it’s very personal to you. Do you have a line or a song that stands out?

I think “Free,” the first track on the project did a great job of laying everything out. After that track, I felt like everything else that followed was very cohesive and the tracks transitioned into each other smoothly.

What’s the quickest way to get kicked out of the tour bus/green room-:

Talking too much is a no-go. Can’t be draining the energy.

You co-produced “Star67” for Drake a while back. Would you ever consider doing an instrumental album?

I’ve been doing a lot of production recently. I’m always experimenting with keys, bass-lines and other riffs. It’s always a collaborative process for me though.  I have input on everything on the production side even if I didn’t executive produce the track myself.

(Amir’s 2015 OVO contribution sparked some rumors of a deeper affiliation but Amir has shot down such talk and signed to Def Jam in December of the following year). 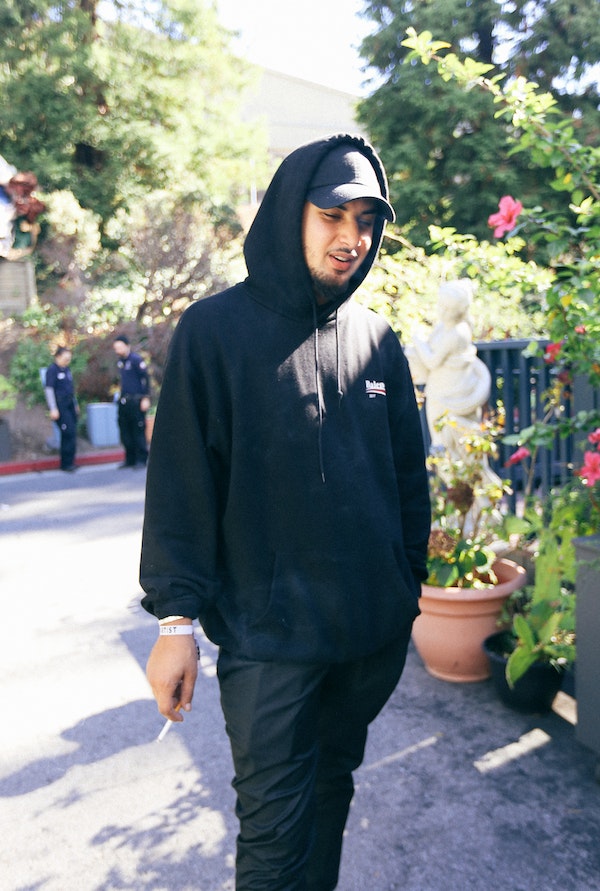 I know you were going to go to art school for architecture. Does that help conceptualize songs/albums?

Oh definitely. It’s all part of a design. Lyrically and aesthetically I like to build from the ground up. We don’t sample, we didn’t sample a single note on the last project, everything was composed.

What’s the ground floor? Where do you start?

I start with production. Then, once the beat has taken shape and given a personality to the song I’m already half-way through writing the song.  After that, it gets a little tricky because I go back and forth a lot on things. I don’t think you can ever really “finish” a song as an artist so it’s hard to walk away from a record sometimes. I tend to be a perfectionist with everything.

What can we expect going forward in terms of new music?

I’m working on an album right now. So I might have a little 3-song project before the album. That’ll probably happen within the next two months. Top off the year though, we’re fully in album mode so be ready. -AO

While you’ll have to wait a bit to hear new material from Amir, that’s more in character than you might expect. Amir, in many ways, prefers to keep things simple. As his body of work continues to grow and his infectious choruses continue to draw hoards of new fans of all ages, Amir seems content to sit back and continue to let the music speak for itself.

Obe schemes up his musical designs with architectural precision within the company of a select few, but frequent collaborators. Thus far each project has been more immersive than the last as his meteoric rise continues. As Amir’s most recent project title suggests, we should focus more on the growth occurring in front of us than the clocks on the wall. Obe, now has the creative control he’s always craved at Def Jam giving him the resources to execute his vision.

Regardless of how elaborate that vision may be, Amir Obe seems determined not to let his future cloud his enjoyment of the present.