All That Went On At Magnificent Coloring Day

Chance The Rapper, with a significant amount of help, put their minds together to create a once in a lifetime experience that nothing can compare to.

Chance The Rapper, with a significant amount of help, put their minds together to create a once in a lifetime experience that nothing can compare to. It all started at 12.00pm. Between multiple parking lots, sidewalks, and the actual stadium, all you could see were fans, layered in Chicago apparel, with their tickets, ready to go. 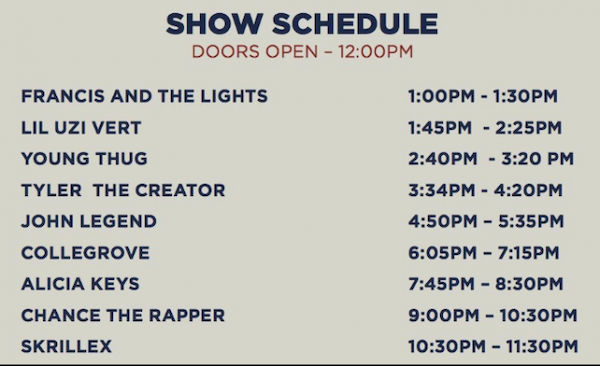 The show started as expected. Francis and The Lights performed a few tracks off of their 2013 EP, Like A Dream, and kept the crowd mesmerized with their harmonics and electronic instrumentals. Once they were finished, everybody’s vibe shifted from chill to lit. From the floor seats to the top of the stadium, people where loosing their minds as they jumped to some bangers performed by rockstar, Lil Uzi Vert.

Unfortunately, plans shifted a little when Young Thug didn’t show up but this didn’t stop the fun. Tyler the Creator came out with some of his Odd Future homies and made fun of the whole situation by jokingly yelling, “Whoever set this shit up is a dumb ass.” Tyler’s performance ran smoothly. Chicago youth were jumping up and down, having a good time until out of nowhere, and I mean absolutely out of nowhere, Kanye West appeared.

As soon as the first note of  “Father Stretch My Hands” came on, I lost my mind. I sprinted out of my box seats, down 2 levels, then jumped to the floor. I was willing to do anything to get close him. What was even crazier was that I most definitely was not the only person who had this mindset. Around the stadium, hundreds and hundreds of fans were jumping incredible heights to the floor, fighting/tackling security, trampling over people. Yeezus fans do not play games.

when kanye shows up at #MCD @chancetherapper @kanyewest pic.twitter.com/d9Tu9rmCfp

All the madness stopped when Kanye began to sing the first lines of “Ultralight Beam”. Strangers amongst the crowd had their arms around each other and sang with all of their soul. Chance came out to join Kanye with his powerful verse on the track and everybody knew every single word. It was legendary. 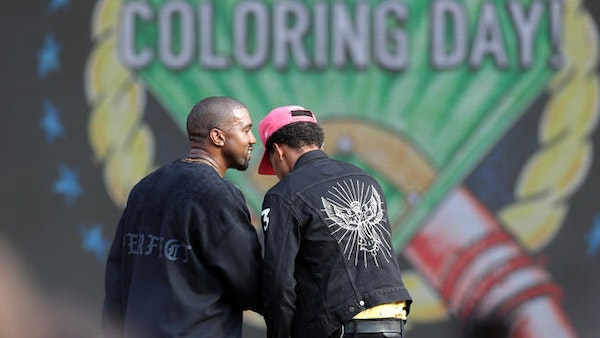 Things chilled out after that. Most of the people who rushed the stage regained their control of their minds and went back to their seats. 2 Chainz and Lil Wayne co-performed perfectly. You could even spot Chicago rapper, King Louie, dancing in the floor section to “Bands that make her dance.” With this being Weezy’s last performance ever, he gave a humbling speech with the message being, “I ain’t shit without you.”

Up next with was John Legend performing some of his classic tracks along with some some newer music. To everyone’s surprise, he brought out Common to help in leading a powerful performance of their song “Glory”. After him was Alicia Keys, who had flawless piano playing. Both of those artists performing back to back sent love into the air with their soulful lyrics. 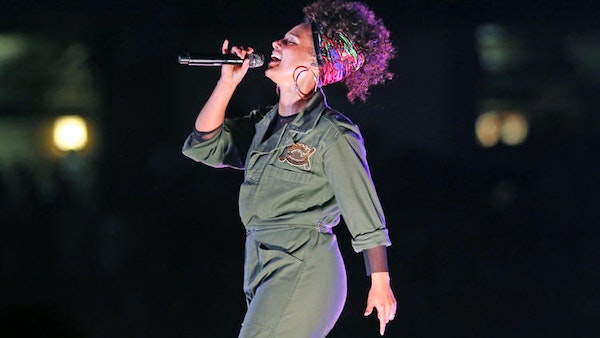 Finally, the moment everybody had been waiting for had come. It was Chance’s time to shine. His set was like no other. He had the power to make grown men cry and college girls grind. The performance involved singing puppet characters (I know it sounds bizarre but bare with me) helping a lost Chance find his path. The crowd roared his lyrics, danced, brought out their lights and swayed. Anything good about a watching a performance happened that night. At the end, he found his path again and gave all those who were watching the key to finding their own path with a song that said: / Did you know/ That your blessing / Isn’t in flesh / but it’s coming.

Leave it to Chano to leave thousands in a crowd and millions watch at home with a powerful and inspirational message before hopping of his stage. 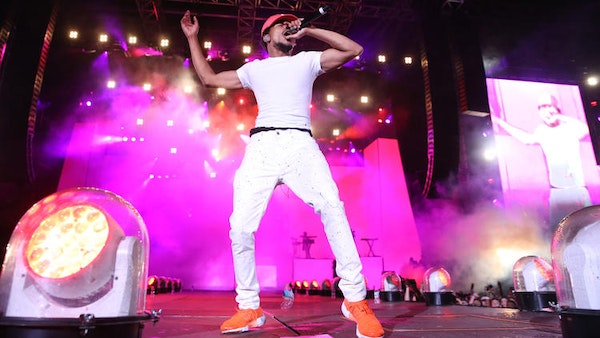 Last, but not least, Skrillex came out and the crowd went berserk. The bass drops boomed and the audience was out of their seats, once again, losing their minds. It felt like legitimate rave. Even Chance couldn’t help but come on stage and jump. 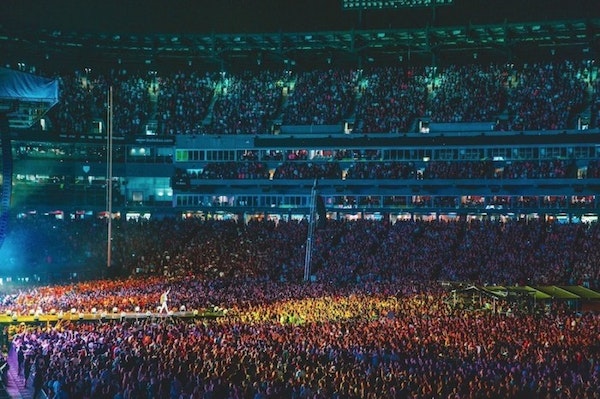