Adrian Armstrong catches up with ELEVATOR 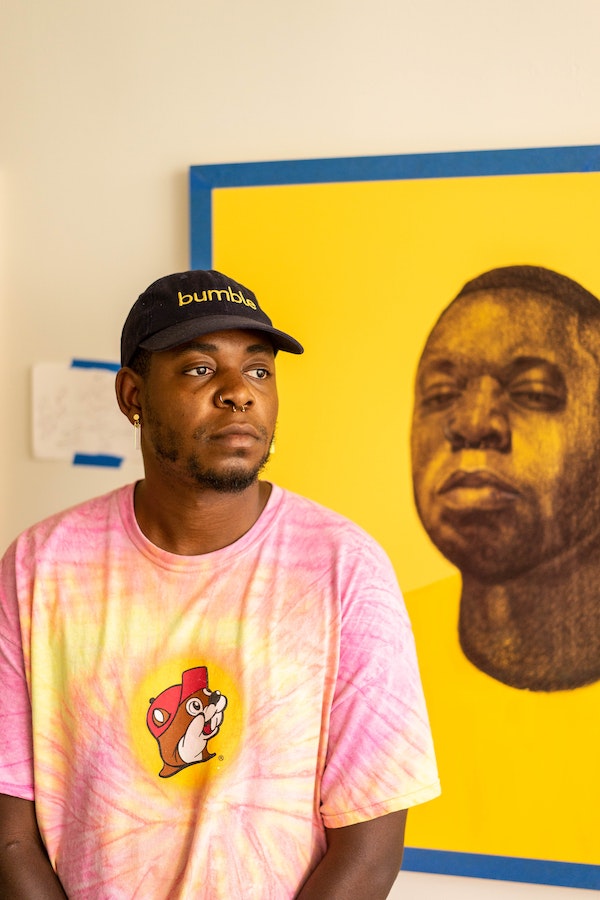 From doing his own solo exhibitions all around Austin, Texas to being selected for exhibitions, winning awards, & even getting his work published, Adrian Armstrong has always been an artist of multifaceted ability. From Omaha, Nebraska, Armstrong grew up in a very segregated, small town that ultimately would later shape how he would express himself creatively. Getting his Bachelor Degree in Fine Arts from Nebraska, Armstrong found it was time to take a step out of his comfort zone by throwing himself into a completely different setting–moving to Austin, Texas in 2015.

Armstrong’s urge to gravitate closer to expressing himself through art would allow him to touch on topics such as depression within the black community, systematic oppression, and even police brutality. On the other side of the spectrum, Armstrong’s ability to tap into more softer subjects such as love, unity, growth and expansion. Read more on Adrian Armstrong & what he represents as the creative that he is in a quick interview we did a few days ago below. 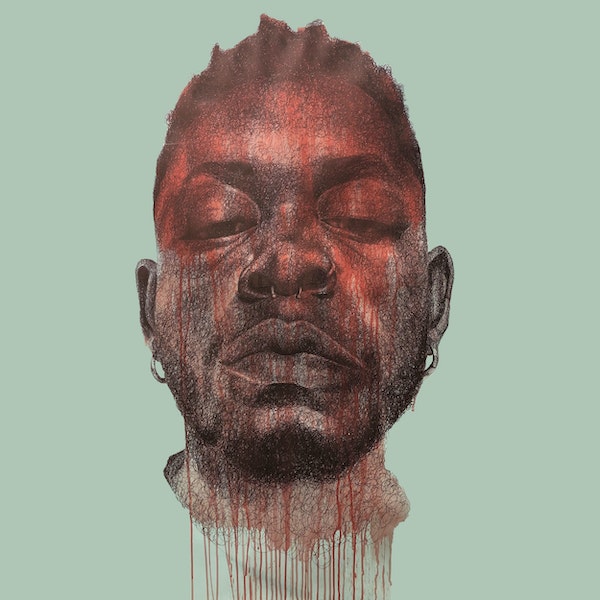 Define in your own terms what it means to be a “multidisciplinary artist”.

This is someone who creates without boundaries & isn’t defined by one medium or one specific genre. To me, this means exploring different mediums, ways of expression and always being an open vessel throughout each process–allowing that energy to flow through you.

What are some of your viewpoints on what it means to be a young black artist in America in this day & age? What do you feel your role is in that representation? How do you think mental health ties into that as well?

Specifically for young black creatives, we collectively play an important role in expressing what it is that we experience as we mature. I think there is a lot of taboo surrounding what we go through as we grow, especially when it comes to being a creative and how we might express that. So for me, I’ve had plenty of conversations with young black people who have gone through the same trauma/experiences that I have such as police brutality or severe depression. I’ve realized that a lot of us are afraid to talk about it. I believe that my role in that is to make people like me feel like they have a voice & that it is okay to be open about these things.

When did you begin your career as the creative that you are? Are the creative outlets that you have now something that you’ve always possessed?

I was going to school for art for awhile. It’s crazy cause for me, it wasn’t until high school that I knew you could actually make money from art. I remember one of my art teachers in HS showed us a video of Art Basel, & that was my first time ever hearing about that. I began taking it more seriously as a career during undergrad. I would say that was around 2014. Everything started really falling into place for me when I moved to Texas. The subject matter that I work on now, I would say that began around the same time of me coming to Texas as well. Around June of 2015, that was when I began really honing in on my own aesthetic & pushing my own personal creative boundaries.

What was it like growing up in Omaha, NE? Have you lived anywhere else before? If so, how would you say those places have affected your growth?

Growing up in Omaha was dope but, it was also very small and segregated. I lived there up until I was 22. I never lived anywhere else or even travelled outside of the city, let alone the midwest most of my life. When I decided to move to Texas, there was definitely a huge culture shock that took place. It’s a lot more diverse & faster paced than where I’m from. There’s so much more going on as far as opportunities & resources as opposed to where I came from. Getting out and exploring by moving to Texas really set me on a path of finding myself creatively.

Your “Growth” series piece is one of your beautiful works in my opinion. What were you feeling/experiencing during the period of when you created that?

That piece was created during one of my lowest points. I used creating this piece as a means to reflect on how far I’ve come & all that I have endured on my path. Creating this piece was super therapeutic for me. Whenever I’m creating a self portrait, it’s always during a rough patch where I can kind of take a step back and go over all that I have accomplished as well whether that be personally or pertaining to my career. All of my work is based off of intuition. I always leave it up to the viewer to decide what their interpretation might be when it comes to each piece that I create.

Your exhibition for Co-Lab Projects Highs & Lo-fi’s show ran from August to September of this year right? What was that experience like? How did it feel to express/speak on your own personal struggles on such a vulnerable topic such as mental health? How did that energy carry through you to your work?

The experience all around was incredible but, it was hard to go through. I was forced to be open about a lot of things I don’t like to bring up or even discuss. I had to vulnerable with other people even talking to them about their experiences. I grew so much from that experience. For me, that was my most important work to date and it’s something that I want to continue doing. It was very healing for me and has made me more comfortable. It might sound corny but, I feel like it has allowed me to listen more. I make it a point now to check in on my friends and make sure they are good. It made me less selfish in regard to the people around me.

Do you come up with conceptual ideas when you create pieces or do they kind of just flow naturally for you?

My ideas definitely flow naturally. I’m not someone who sketches but I do write a lot. Like most creatives, I can say that we are always thinking about hella shit at once. I’ve gotten into the groove of constantly writing down my thoughts and ideas. Not every idea is good necessarily but I always just feel it out. If it works out, it works out and if it doesn’t, it doesn’t. I don’t like to overthink anything, ever. Not every detail has to have this crazy meaning. Art for me is supposed to be fun.

Are you currently working on anything right now? What are your current goals at the moment?

I’m actually in the studio right now working on an album that I’m going to be releasing in June of next year. My friends and I work on a lot of jazz samples & loops with this conscious rap feel to it. I’m also working on a couple of shows/installations as well. I will be continuing with the “Depression” series, then I’m going to begin on a basketball series which I think will be dope.

I’m sure you know what self doubt can feel like & how it can be hard to want to keep going sometimes along our paths. I know this is something that I struggle with. Do you have any words of advice for other creatives out there who also struggle with their mental health and getting through those rough days?

First and foremost, I think it’s important to take days to yourself & to not create. I know most people won’t say this but, it’s okay to take those moments for yourself. Like I said before, I don’t believe in forcing anything. Art should be fun and it should flow naturally. No matter what you’re involved in, you should always have fun with it. It’s also important to figure out what makes you happy. It could be a routine, music, film, whatever. What brings you those happy feelings, you should stick to that. Knowing that my family is proud of me is motivation enough for me to keep going.