Features
Jun 1, 2018
A$AP Rocky was literally being tested during the making of “TESTING”

LSD played a major role in the creative process of Rocky’s new album. 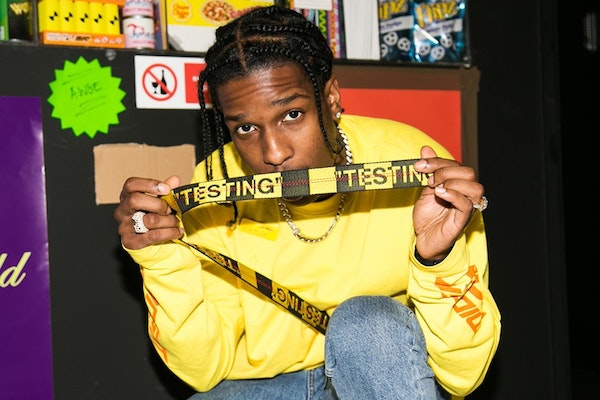 A$AP Rocky has always been known to deviate from the norm, but his third studio album TESTING really doesn’t sound like anything else out right now. The Harlem rapper told GQ Style in an interview with them that the concept of the project was, as the name implies, to test new sounds. Thanks to a recent edition of Genius‘s Verified YouTube series, it seems that the idea of “testing” has more depth to it than previously thought.

While Rocky was in London recording a track off the album called “Praise The Lord (Da Shine)” with Skepta, he was essentially a test subject for LSD, a drug that has been notoriously known for its effect on the creative process. “I had this psychedelic professor, he studies in LSD. I had him come through and kinda record and monitor us, to actually test the product while being tested on.” While any long-term fan of the Harlem rapper could tell you that his experimentation with acid is nothing new, this information does give another layer of significance to the name TESTING.

Watch the referenced Genius video below to have A$AP Rocky explain this himself.