Learn more about the 17-year-old producer. 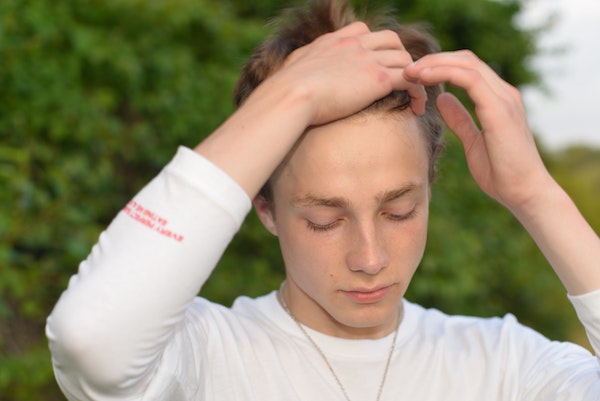 Instupendo of Philadelphia has become a household name among SoundCloud producers. He’s single-handedly created his own wave of warm, comforting instrumental music that has drawn the attention and affection of countless listeners and established artists alike. The most impressive part of it all? He hasn’t even graduated from high school. I was fortunate enough to have a conversation with the blossoming young creative, who shared a lot about his thoughts, collaborators, and what’s to come in the future. Read our full interview with the young sensation below.

How old are you now?

17 years old, about to go into my senior year of high school.

What’s next for you after high school?

I’m applying to a few colleges, and they all have like music business programs and stuff. But at the same time while I’m taking classes, I’m also just trying to make like a lot of music and do a lot of touring stuff. I definitely wanna take music business courses just so that I’m knowledgable about what’s going on around me, and if there’s deals that are happening, I know how to maneuver through them.

What colleges have you applied to so far?

I haven’t applied to any yet but I’m looking at NYU and a few others out in LA.

You really built yourself up as an instrumentalist producer, but you have recently started to feature some vocals in your music. Who are some vocalists you hope to work with in the future, both pipe-dream and those that you actually have lined up?

I have Lontalius coming as well as Roy Blair, so that’s pretty cool. Both of those should be happening real soon. As for pipe dreams? I guess Reggie or Frank Ocean; that would be dope.

I was hoping to get some explanations about your music videos, which are very vague and similar to abstract art in that many different people could interpret them many different ways. Could you shed some light on the “Light Lock” and “Homme” videos?

You’re definitely right about leaving them up to interpretation. I think that makes the music video a lot more fun, if the viewer has to like figure it out rather than just having it laid out for them. But to me, it’s also pretty vague. As for the “Light Lock” one, the general basis of it is that it takes place in the future where artistic expression is not allowed. This is kind of like a rogue meeting of people who like art and such like that, and then the kid just kinda breaks out. The “Homme” video was even more abstract, I’d say. It obviously has the overdosing at the end, which is kind a critique on opioids and stuff like that. But it also has to do with the pressure of being a man in like American society, which can be taken a million different ways. But as you see in the video, just kind of like different stressors that it takes to be a guy in daily life.

Do you come up with the concepts for the videos?

The videographers came up with the ideas for the videos. Part of me really likes seeing what the videographers think fits the song and stuff, but in the future I definitely wanna get more involved in the process.

I’ve read that the most important thing to you is when a listener has an emotional connection to a song. Is there a certain vibe you hope every listener will relate to when listening to a song?

Yeah, I think generally the interpretation I would create for would be like comfort; that’s why I made the song “Comfort Chain”. But in general, my music has a warm, comforting sound to it because that’s how I like to feel.

You’ve said that you’ve really had to sacrifice your social life to pursue music production and simultaneously go to high school. Would you characterize yourself as an introvert?

You have some really cool merch. Who is the artist that draws the designs for it?

Oh thank you. Yeah, definitely shoutout to the artist Kikkujo.

Is he the same person that does your album covers with paintings on them?

Nah, that’s actually Kacper Abolik. He does all of the artwork on A$AP Rocky’s instagram.

Rocky actually said something about your “Long Live” song, right?

Yeah, that was actually really weird. One day 40 Oz DM’d me on Twitter and said A$AP Rocky wants to link, he thinks your music is dope or whatever, and I never really heard anything else from him so it was kind of a dead end but it was still cool to know.

How did the Catching Flies remix of “Save” come about?

Yeah, so that was a really cool thing. My manager reached out to his and asked if he wanted to do a remix, and he was like yeah he’s actually had his eyes on “Save.” So that just kind of happened, and it turned out super great.

You have some seriously dope shirts. Where do you like to shop for clothes?

I like to online shop mostly, or thrift. Thrifting you can get some MAJOR gems if you’re lucky. In terms of brands, I’m a big fan of Gosha Rubchinskiy and Junya Watanabe.