A Salute to Chance The Rapper, the Man Changing Hip-Hop’s Rulebook

Chance The Rapper: the archetypal good guy who makes good music, and is one of the few artists out that are really winning with that formula.

Chance The Rapper: the archetypal good guy who makes good music, and is one of the few artists out that are really winning with that formula. From his early work on 10 Day to his recently-released Coloring Book mixtape, Chance has always broken the rules sonically.

To put it simply, he’s weird—he’s always had a raucous set of ad-libs and voice inflections, and never tried to fit into any lane sonically. It’s beyond often we see artists start their come up with one sound, and then completely switch it up once a certain sound gets hot, and that’s what makes the difference for them and their career. My feeling is get it how you live, though stay true to yourself, which is exactly what Chance has done. He’s only further developed and mastered his sound, and we’ve truly seen him grow up and mature as both a person and artist through his three main projects.

At this point, Chance’s reach and popularity is undeniable, and it’s truly great to see, though I’m not sure if people have really let the gravity of what he’s doing set in yet. 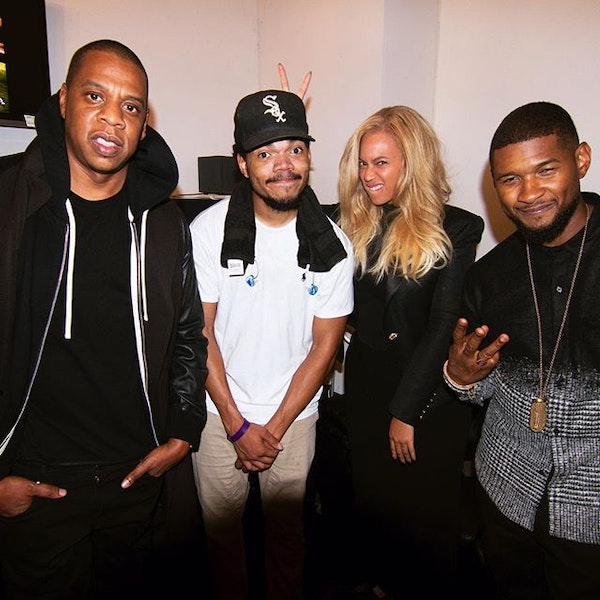 For starters, let’s just look at the company he keeps. I don’t think I could name many, if any independent artist who’s just cool with Kanye, hangs out and makes music with him regularly. I mean, Chance was one reason why The Life of Pablo was delayed. Like, what?! He went from being Kanye’s #1 fan and campaigning with his fans on Twitter a couple of years ago to hopefully meet him at this festival he was performing at, to now being so close with him that Ye’ will push back a release to appease Chance’s zeal for a certain record to finish. More than that, he’s been spotted with Beyoncè and Jay Z on a few occasions, as well as a number of others.

In looking at Coloring Book and his video for “No Problem” featuring 2Chainz and Lil Wayne, it’s clear that he’s on a revolution. When did you EVER think that Jay Electronica and Lil Yachty would be featured on the same project? He’s performed and collaborated with Kirk Franklin, and has a song with and cameo from Young Thug. Not to mention he’s doing all this without a label. Obviously he’s nowhere near broke, but at the same time, the pull and relationships he has with his fellow artists is impressive to say the least.

He’s done numerous tours, collaborated with damn near every major artist of today except for Drake, and has is now tight his childhood hero—what sense would it make for him to sign to a label? What could they really do for him?

I often thought that if he were to sign with anyone, it would be with G.O.O.D. Music under Kanye’s tutelage, and I was wrong. Chance was offered what I’m sure was a generous contract from Kanye, and still turned it down. It wasn’t an ego move, or anything disrespectful—it’s seems more of a “I’m gonna get it on my own” sorta thing. 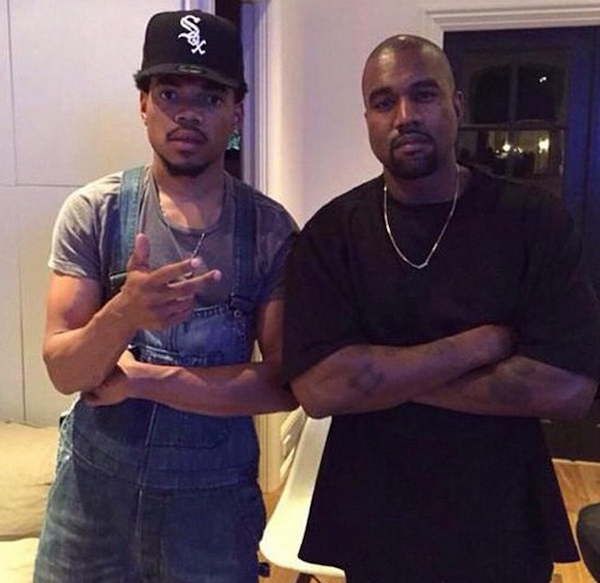 As a fan, the best part about all this is that we haven’t even gotten an official album from Chance yet. One could easily argue that both Acid Rap and Coloring Book are album quality, and they’d be right—though he’s adamantly maintained that they are mixtapes. Given he’s only into giving his music away for free, I’m not sure he’ll ever tout something an actual “album” and give it away for free, but regardless of what you call them, these projects are shifting the culture in hip-hop. Less and less people are rapping about molly and guns, and more artists are making happy, positive music that people can dance to. It’s a gradual process, but Chance is helping to usher in a new era of hip-hop that doesn’t stray away from soul and gospel music, yet still will have people going crazy whenever it comes on.

What might be most impressive about Chance is how he’s taken advantage of the digital wave in music, capitalizing on streaming as well as social networks to connect with his fans. Chance The Rapper is an independent music artist that didn’t release any physical copies of Coloring Book and it still broke into the Billboard charts—solely off of streams. That’s fucking nuts.

'Coloring Book' is the first project to ever chart in the Top 10 with streams only.

Chance is molding his own world within hip-hop, and the best part is that he’s showing these upcoming artists what can happen when you stay true to yourself, work hard and don’t care what people say. He’s even using his platform to give back to his hometown of Chicago, and make a difference in the city. From tackling the violence problems to encouraging young creatives to hone and develop their craft and giving them a place to do it, Chance is making a big-time difference.

He’s gone from unknown Chicago rapper to a mogul, an activist, and a role model. Chance has so triumphantly broken the mold of a typical hip-hop artist, using his own success to help others find theirs. Chance is breaking all the rules of hip-hop, and I’m loving every minute of it.